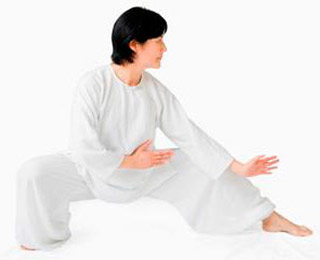 Qigong is a 5000-year-old Chinese form of treatment that combines gentle exercise and meditation. A latest study triggered by the University of Sydney suggests that Qigong significantly improves cognitive functioning, raises well-being levels and lessens inflammation in cancer patients. Overall, those suffering from cancer reported dramatic improvement in their quality of life after performing this traditional Chinese medicine.

The study involved 162 patients assigned to the medical Qigong group. These patients had to attend a ten-week program of two supervised 90-minute sessions per week. Apart from that, subjects were also encouraged to practice at home every day for at least half an hour. The mean age of patients was 60, with ages ranging from 31 to 86 years. While 34 percent were diagnosed with breast cancer, 12 percent had been suffering from colorectal cancer. The study was initiated when there were no considerable differences in measurements of quality of life, fatigue, mood status and inflammation between the intervention and control groups.

On completion of the study, a remarkable reduction in inflammation was registered by patients who practiced medical Qigong. Not only that, Qigong supposedly improved quality of life, including greater physical, functional, social and emotional well-being, and enhanced cognitive functioning in cancer patients. Dr Byeongsang Oh, a clinical senior lecturer at the Sydney Medical School and lead author of the study along with his colleagues revealed that the medical Qigong group had increased satisfaction with their sex lives.

The study will be presented at the American Society of Clinical Oncology (ASCO) conference in Chicago next week.