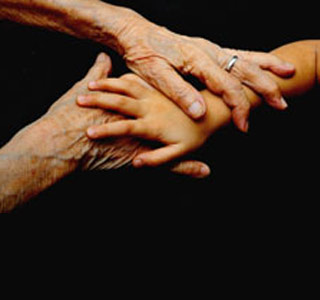 Old age is presumably linked to feelings of loneliness and frustration. As opposed to this observation, a study conducted at Kingston and St Georges University in London put forth that senior citizens may go to great lengths for having an active and social life, considering that mobility is important for general well being in old age.

This hypothesis was carved out from a survey intended to measure the quality of life in older people where it was apparently found that some people in their nineties continued to play sports like bowls with the help of new knees, extended arms and binoculars to have a clear view.

According to the investigators, another key to happiness in old age appeared to be resourcefulness. One 85-year-old widower used his own imagination to develop a wooden sock horn that would help him dry between his toes. He was initially helped by his wife as he couldn’t bend down and even recommended this thought to others facing the same problem.

To a vast audience, Ann Bowling, Professor of Health Care for Older Adults at Kingston University London and St George’s, University of London, mentioned that social support and self belief seemed to be essential ingredients for coping with the challenges of old age. She further added that such social and physiological resources help to make the most of one’s skills, abilities and opportunities so that they can compensate when they can no longer do things.

“Well-being means different things at different times to different people so we need precise methods of measurement. The long-term aim is to find out what can be done to improve the quality of life amongst older people.” specified Baroness Sally Greengross, chief executive of the International Longevity Centre-UK.

According to the scientists there was a need to develop this new method of analyzing the quality of life in old age because previous surveys seemed to rely on expert or top down opinions and also on factors such as income. As a part of the survey 999 aged people over 65 were made to fill questionnaires in a random sampling conducted face to face in Britain. There were further tests with ethnically diverse groups too. Bowling concluded by saying that quality of life being a subjective concept, made them ask senior people about their priorities.

The series of regional debates on quality of life in older age was nationally launched on May 10 at Staple Inn Hall in London.