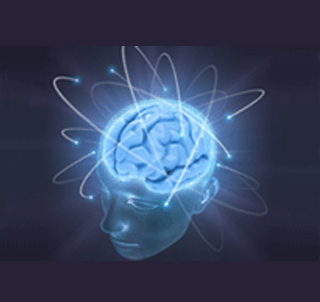 The health world recently stumbled upon a novel piece of technology that can assist in treating epileptic seizures. In a major breakthrough, investigators coated minute electrodes with a drug-loaded polymer to design an implant that identifies several neurological symptoms, including those associated with an epileptic seizure, and treating them simultaneously. Once modulated within individual neurons of rats, this technology possibly allows the molecular, neuronal and circuit functions to be examined with unprecedented precision.

Keeping in mind the electrical conducting properties of the polymer Polypyrrole (PPy), experts showed that loading specific drugs onto an array of electrodes and releasing them into cultured neurons helps attain a more precise insight into the cellular mechanisms of neuronal networks. It was also proven that the release of drugs can be supposedly informed in real-time by simply recording the activity within neurons. This step appears important for creating a closed-loop system that both diagnoses and treats symptoms.

“By directly loading a drug of interest onto an individual electrode site and using an electrical signal to trigger its release, we can precisely control the drug delivery site with ease. Additionally, our technology can be used for a combination of exogenous chemicals such as subtype-specific receptor antagonists, thus potentially allowing for more precise dissection of neural circuit function at the molecular level,” shared co-author Professor X Tracy Cui.

Multielectrode arrays (MEAs) are small devices that allegedly control or record the electrical circuitry in neurons. Over the past years, these devices have been seemingly employed to measure neuronal activity and transform this into an action. However, recent investigations have claimed that MEAs can be coupled with devices that release specific drugs to test how neural circuits function and figure out the underlying mechanisms within neuronal cells.

In the current research, scientists coated PPy, containing all of the necessary neurochemicals, onto an MEA. It was then positioned on the cultured rat brain and the polymer was electrically stimulated. As a result, neurochemicals supposedly dissociated and diffused away to the necessary locations. The drugs reportedly retained their activity and function with spatial and temporal precision.

The research is published in IOP Publishing’s Journal of Neural Engineering.