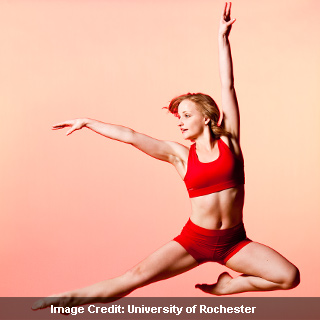 The color red is believed to stimulate a faster heartbeat and breathing. Apart from being the color of love, red seems to also have major applications for sports and other activities. An astonishing discovery coming straight from the University of Rochester claims that when humans see red, their reactions become faster and more forceful.

This short-term effect may depend in many ways depending on the context. It can either mobilize extra energy or appear counterproductive for skilled motor as well as mental tasks. The seeming impact of red was examined in two experiments on 30 fourth-through-10th graders. Subjects had to pinch and open a metal clasp. But before doing so, they read aloud their participant number written in either red or gray crayon.

During the second experiment, 46 undergraduates squeezed a handgrip with their dominant hand as hard as possible when they read the word ‘squeeze’ on a computer monitor. This word could be viewed on a red, blue and gray background. In both experiments, red supposedly increased the force exerted to a considerable extend.

“Red enhances our physical reactions because it is seen as a danger cue. Humans flush when they are angry or preparing for attack. People are acutely aware of such reddening in others and its implications,” elucidated coauthor Andrew Elliot, professor of psychology at the University of Rochester and a lead researcher in the field of color psychology.

Participants in the red condition allegedly squeezed with greater maximum force than those in gray or blue conditions. In the handgrip experiment, the amount of force and immediacy of the reaction probably rose in the presence of the red color. Authors mention that throughout the investigation, all the colors were precisely equated in hue, brightness, and chroma (intensity) to insure that reactions were not attributable to these other qualities of color.

The study is published in the latest issue of the journal Emotion.