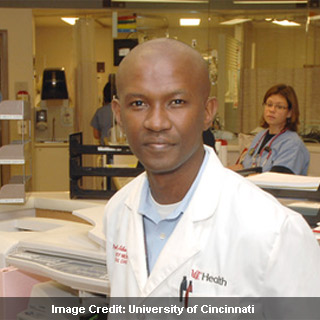 Ever since its approval by the Food and Drug Administration in 1996, recombinant tissue-type plasminogen activator (rtPA) seems to be the only available treatment for acute ischemic stroke (AIS). University of Cincinnati (UC) emergency medicine and neurology researchers suggest that usage of this drug as a standard therapy for acute ischemic stroke patients has doubled since 2005. It has been estimated that between 23,800 and 36,000 U.S. patients received rtPA treatment in 2009 followed by between 10,800 to 12,600 in 2004.

Treatment rates of rtPA remain relatively low probably because many patients do not arrive to the hospital in time to receive the drug. Also a number of exclusions for rtPA may be based on bleeding risks, recent surgery and several other factors. Prior investigations have asserted that from 2001-2004, between 1.8 percent and 2.1 percent of AIS patients received the thrombolytic drug. In this study, data from the Medicare Provider and Analysis Review and a privately maintained hospital database, has been scrutinized.

“The biggest thing is making sure patients are at the hospital within the time frame required to receive the treatment. We need to help educate the public on rapid recognition of stroke symptoms and improve transportation rates to stroke-ready hospitals,” added lead author and UC assistant professor of emergency medicine and neurosurgery Opeolu Adeoye, MD.

The study claims that in 2009, 3.4 percent to 5.2 percent of AIS patients in the U.S. received rtPA, which is approximately double the rate of treatment in 2005. This increase in employment of the drug may have occurred mainly due to various factors including formal certification of hospitals as stroke centers and aggressive public campaigns by the American Heart Association to educate both health care providers and patients on signs of a stroke and the latest clinical guidelines.

The study is published online ahead of print in the journal Stroke.

Safe Sex still recommended by WHO, after Swiss finding