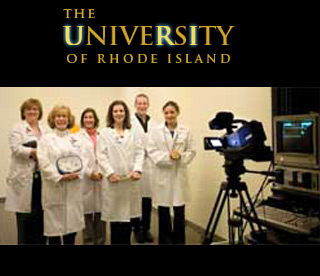 We had earlier reported about the antibiotic azithromycin helping treat preterm infant lung health. It now comes to light that the effects of premature birth are likely to be seen in adulthood as well. According to University of Rhode Island scientists, premature infants appear to face increased social and school struggles and are less healthy with a higher risk of heart-health problems as adults.

The study is said to be the longest one in the U.S. including premature infants. The participants are now 23 years old. Interestingly, it was revealed that the effects of premature birth could possibly be lessened with the help of nurturing school environments and loving parents. What seemed even more attention-grabbing was that premature babies apparently showed more resilience and were strongly steered to attain success.

These findings were put forth by University of Rhode Island Professor of Nursing Mary C. Sullivan, a research scientist at Women and Infants Hospital and an adjunct professor of pediatrics at the Alpert Medical School at Brown University. For 21 years, the scientist had been investigating a cohort of babies who were born prematurely at Women and Infants Hospital in the 1980s. What this recent investigation intends to uncover is the stress that is experienced by such babies and if it results into illnesses when they reach adulthood.

Early revelations suggest early adult pulmonary function to be affected by male gender and birth weight. Those born at very low birth weight also appeared to show the poorest pulmonary outcomes and higher resting BP. What’s more, infants with medical and neurological impacts apparently had a rise in serious and chronic health conditions by as much as 24 to 32 percent. Even though the scientist is yet to scrutinize adult health data for 23 years of age, data from age 17 indicates poor physical health and growth.

“These findings are important for parents, nurses in the neo-natal intensive care units, teachers and staff in the schools, disability services offices in colleges and primary care providers,” Sullivan mentioned. “By identifying the issues pre-term babies face in childhood, adolescence and through adulthood, we can all be better prepared to take steps to mitigate their effects.”

Even infants who didn’t have any medical or neurological illnesses seemed to have been affected. With pre-term birth effects likely to remain after age 2 also, such children may not really show learning disabilities until they reach second grade or middle school. At least a third of pre-term babies, as per one of Sullivan’s studies required school services in the course of their education. A handful of children appeared to be less coordinated too. Having fewer friends with boys in particular facing a difficulty in school were the other reported effects.

Sullivan says that adults born prematurely must be monitored continuously until middle age. Her team looks at undertaking Pathobiological Determinants of Atherosclerosis in Youth (PDAY) Risk Score at age 23 as part of the analysis. This is mainly because of its strong link to coronary artery disease after 10 to 15 years.

While the early findings were presented at the Eastern Nursing Research Society in Philadelphia, Sullivan’s co-investigator, cardiologist Jim Zeigler will be presenting this study at the 27th Congress meeting of the European Group of Pediatric Work Physiology at Britain’s University of Exeter.