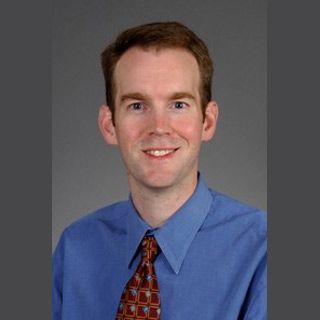 Not many people seem to be cautious of a link between diabetes and kidney problems. A study conducted in U.S. has put forth that diabetic kidney disease has been showing up often in the United States over the past 20 years although there has been an apparent increase in the therapies for diabetes.

The treatments are inclusive of drugs that bring down the level of glucose, blood pressure and lipids. Medications to improve health have seemingly resulted in improved control of blood sugar, blood pressure and cholesterol among diabetic individuals in the U.S.

“Improvements in reaching therapeutic targets in diabetes management have not translated into a decline in diabetic kidney disease,” specified the lead author of the study, Dr. Ian H. de Boer, assistant professor of medicine in the Division of Nephrology, Kidney Research Institute, and an adjunct assistant professor of epidemiology at the University of Washington (UW) in Seattle.

Scientists have noted that diabetic kidney disease is a complication that develops in about 40 percent of people with diabetes. It may lead to chronic kidney disease in developed countries. The disease shows itself in the form of protein in the urine or harmed functioning of the tubes that filter urine or even both. Even subtle form of the disease may lead to serious heart diseases or in some cases death.

Dr Boer added that half of the cases of end-stage kidney failure seem to result from diabetic kidney disease. Around 60 percent of the end-stage kidney disease patients die within five years from the start. Considering the conservative approach of the investigators in the calculation of patients with this condition, the actual figures may even be higher. This rise couldn’t be associated with age, gender, race or ethnicity.

There is one apparent change in its clinical demonstrations. Patients who have not reached the age of 65 may not be prone to having protein in their urine than in the past years. The appearance of protein in both type 1 and type 2 diabetes can be prohibited by a stringent control of blood sugar levels. Furthermore, it was found that better diabetes management did not seem to bring any marked improvement in the glomerular filtration rate.

However scientists believe that the study does not suggest that the standard healthcare for diabetes doesn’t work. The study simply appears to say that these alone will not result in effective treatment of reducing diabetic kidney disease. This necessitates additional methods for treatment.

The study suggests development of new treatments to prohibit diabetic kidney disease for people with diabetes. The aim is focused on ceasing glomerular filtration rate problems.

The study is published in the June 22 issue of the journal JAMA.