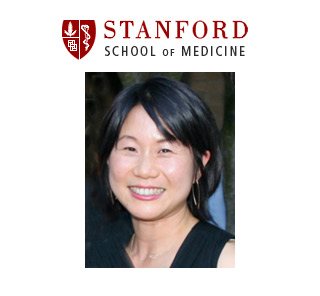 Melanoma is a kind of skin cancer of melanocytes and though less common, it could be life-threatening in most cases. A new study by Stanford University School of Medicine scientists has revealed that the combined effect of calcium and vitamin D may reduce the chance of melanoma in half for some women with high risk of this skin cancer.

From the current information available the research gathered data of women with history of non-melanoma skin cancer. This illness was zeroed on since these patients have a greater chance of developing melanoma.

“In preventive medicine, we want to target people most at risk for the disease. If you previously had a non-melanoma skin cancer, calcium plus vitamin D might reduce your risk of the more deadly melanoma,” explained dermatologist Jean Tang, MD, PhD, lead author of the study.

Tang however stated that a dose of 1,000 mg calcium plus 400 IU of vitamin D taken on a daily basis didn’t seem to offer skin cancer protection for everyone. Women who didn’t have a history of non-melanoma skin cancer and who took the supplements apparently did not face any decrease in risk as compared to women in the placebo-group.

This research organized a randomized controlled trial to examine the effect of vitamin D supplementation. The researchers observed data of 36.000 women in the age group 50 to 79 that were collected for a period of seven years. The data was a part of the Women’s Health Initiative (WHI).

Half of the women were made to consume the supplements and the other half took the placebo tablet. The WHI calcium and vitamin D combo trial was structured to note their results on hip fractures, colorectal cancers and other health issues too. According to the researchers, the results seem to show the first cancer reducing effect from the calcium plus vitamin D test.

The lack of shielding effect in women devoid of history of non-melanoma may be probably because they were exposed to less amounts of vitamin D in the WHI trial. On the other hand, the placebo group patients were made to consume as much vitamin D as the other group so that the overall difference in the experiment would be small.

Scientists were surprised that even with the small difference, there was still an effect on melanoma risk and this showed that there might be many other advantages of vitamin D that are not known.

This research could supposedly not be applied to men since they were not a part of the trial. However, a 2010 study by Tang presented that elderly men with high levels of vitamin D have less number of non-melanoma skin cancers.

The less number of melanoma cases found even in such a massive study show that the number of cancer cases were apparently less. There were seemingly only 176 cases out of 36,000 cases of melanoma as reported. This necessitates an enormous study for a rare skin cancer like melanoma.

The results urge scientists to further their studies. Trials to compare blood levels of vitamin D to melanoma results and another one to examine the effect of larger consumption of vitamin D on skin cells with high risk patients are underway.

The study was published online on June 27 in the Journal of Clinical Oncology.