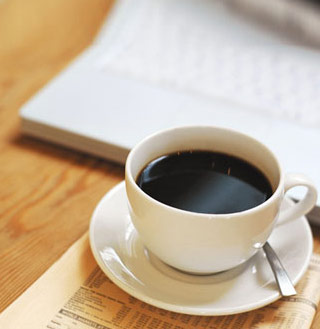 All coffee drinkers who have been advised to kick their habit can now give others a taste of their own medicine. According to a research put forth by scientists at the University of South Florida, an unidentified constituent of coffee tends to interact with the beverage’s caffeine, which may be the reason why daily coffee intake appears to offer protection against Alzheimer’s disease.

A new Alzheimer’s mouse research revealed that this interaction increases blood levels of a critical growth factor that appears to combat the aforesaid disease. Using mice that were cultured to show symptoms similar to the disease, the team presented that caffeinated coffee may protect the body from Alzheimer’s disease. Other caffeine containing drinks or de-caffeinated coffee apparently don’t produce the same result.

This result took place because caffeine was supposedly the constituent which provides the shielding effect. This influence is due to the decrease in the brain production of unnatural protein beta-amyloid which is known to trigger the disease. The outcome shows that caffeinated coffee causes a rise in the levels of a growth factor called GCSF, granulocyte colony stimulating factor. GCSF is usually present in low amounts in Alzheimer’s patients. Another clinical trial is investigating GCSF treatment to prohibit full-grown Alzheimer’s.

This research evaluated the effects of caffeinated and decaffeinated against those of coffee alone. In normal mice as well as those with Alzheimer’s, the GCSF levels increased greatly when they were made to consume caffeinated coffee. Also researchers were not sure if instant coffee worked parallel to drip coffee, the latter one being the one they used for the trial.

Boosting of GCSF levels is essential due to its long term effects associated with better memory. There were certain mechanisms in GCSF that complemented caffeine’s ability to subdue beta-amyloid production in the brain. This makes moderate consumption of caffeinated coffee a good alternative to fight off the disease.

4 to 5 cups of coffee can be consumed in a day as cited by the researchers. They suggest that moderate coffee intake on a daily basis by the onset of the middle ages of 30 to 50 is apparently optimum for guarding against Alzheimer’s disease. Though it may not completely ward off the disease, but it may reduce the risk and also delay its onset. Scientists believe that coffee has many other constituents other than caffeine that may offer advantages for combating the disease. Coffee also contains many anti-inflammatory compounds that seek to provide protection against the disease.

“Because Alzheimer’s starts in the brain several decades before it is diagnosed, any protective therapy would obviously need to be taken for decades. We believe moderate daily consumption of caffeinated coffee is the best current option for long-term protection against Alzheimer’s memory loss. Coffee is inexpensive, readily available, easily gets into the brain, appears to directly attack the disease process, and has few side-effects for most of us,” explained Dr. Chuanhai Cao, lead author of the research.

Moderate coffee consumption has also been linked to reduction of risks for other health problems like Parkinsons disease, Type 2 diabetes and stroke including breast and prostate cancers.

The research is published in the Journal of Alzheimer’s Disease.