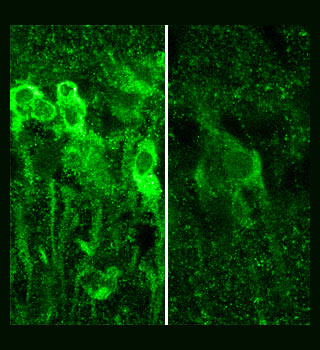 Blackouts are basically periods of amnesia which occur after drinking a lot of alcohol. A team of neuroscientists from the Washington University School of Medicine have identified certain brain cells which are reportedly involved in blackouts along with the molecular mechanism that appears to influence them.

During a blackout, people do things which they fail to recall later when they are sober. These blackout may last anywhere between few minutes to many hours. The scientists report that unlike popular belief, by consuming huge amounts of alcohol brain cells don’t die. In fact alcohol supposedly meddles with the main receptors in the brain and this results in the production of steroids which inhibit long-term potentiation (LTP). LTP is a process that makes the connections between neurons stronger and is important for memory and learning.

“The mechanism involves NMDA receptors that transmit glutamate, which carries signals between neurons. An NMDA receptor is like a double-edged sword because too much activity and too little can be toxic. We’ve found that exposure to alcohol inhibits some receptors and later activates others, causing neurons to manufacture steroids that inhibit LTP and memory formation,” commented Yukitoshi Izumi, MD, PhD, research professor of psychiatry at Washington University School of Medicine in St. Louis.

Different receptors involved in the cascade intervene with the synaptic plasticity in the brain’s hippocampus, which is known to be crucial in cognitive functions, says Izumi. Scientists use the term synaptic plasticity to illustrate the changeable features of synapses, which are the sites where nerve cells connect and communicate.

Brain cells affected by alcohol are found in the hippocampus and various brain structures involved in advanced cognitive functions. Izumi analyzed slices of the hippocampus from the rat’s brain and LTP was found to stay unaffected when hippocampal cells were treated with moderate quantities of alcohol. However when the cells were exposed to large supplies of alcohol, the memory formation mechanism was inhibited.

Senior investigator Charles F. Zorumski, MD, the Samuel B. Guze Professor and head of the Department of Psychiatry stated, “It takes a lot of alcohol to block LTP and memory. But the mechanism isn’t straightforward. The alcohol triggers these receptors to behave in seemingly contradictory ways, and that’s what actually blocks the neural signals that create memories. It also may explain why individuals who get highly intoxicated don’t remember what they did the night before.”

Apparently not all NMDA receptors are blocked by alcohol, instead their activity is approximately cut by half. According to the scientists blackouts aren’t caused by alcohol killing the neurons. They occur due to the steroids interference with synaptic plasticity which hinders LTP and memory formation. Intake of other drugs and stress on the hippocampal cells can also cause blockage in memory formation. Supposedly when certain drugs and alcohol merge together, the combination is much more likely to result in blackouts than either substance individually.

The researchers discovered that if they could obstruct the steroid producing neurons, they could even preserve LTP in the rat’s hippocampus. They did so with drugs known as 5-alpha-reductase inhibitors. These drugs comprise finasteride and dutasteride which are generally prescribed to reduce a man’s enlarged prostate gland. However, those substances seemed to preserve memory within the brain.

Further, these researchers plan to study 5-alpha-reductase inhibitors to analyze how smoothly they get into the brain. They also plan to decipher if these inhibitors or similar substances would someday play a role in preserving memory.

The report appears in The Journal of Neuroscience.