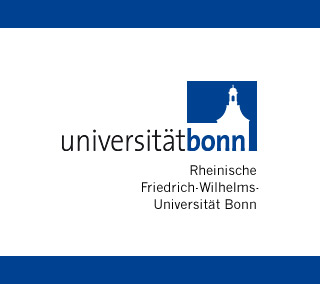 It’s not just tidbits like ‘easy ways to lose weight’ and so on that grab attention in the health terrain. If not more, at least at par, when it comes to aging, we all want to know more. Now experts from the University of Bonn and University of Mainz reveal that a mechanism involving switching off the cannabinoid-1 receptor (CB1) appears to safeguard the brain against aging.

The researchers conducted experiments with mice and once the aforementioned receptor was switched off, the mice showed degeneration signals. It was apparently identical to that observed in individuals with dementia, only a bit quicker. With the number of people suffering from dementia only increasing, the factors that hold the leash on the brain’s degeneration are not yet known completely. Nevertheless researchers estimate determinants like stress, amassing toxic waste and inflammation to speed the process of aging.

Contrarily, there are also processes that act like bodyguards and protect the brain from degeneration or alternatively carry out repair work in the defective structure. This is where the present research holds significance. The scientists claim to have unraveled the working of the CB1, which was until now unknown. The particular receptor is said to have not just an addictive capacity but also appears to play a part in the brain’s degeneration.

“If we switch off the receptor using gene technology, mouse brains age much faster,” mentioned Önder Albayram, principal author of the publication and a doctoral student on the team of Professor Dr. Andreas Zimmer from the Institut für Molekulare Psychiatrie at the University of Bonn. “This means that the CB1 signal system has a protective effect for nerve cells.”

To gain a better understanding, mice of different age categories which included six week, five month and 12 month olds were analyzed. Having to master a range of tasks, the rodents’ abilities to learn and remember things were gauged. Those mice in whom the CB1 receptor had been switched off clearly showed a difference. Not having a receptor apparently made the animals less successful in their quest for the platform.

“The knock-out mice showed clearly diminished learning and memory capacity,” mentioned Privatdozent Dr. Andras Bilkei-Gorzo from Professor Zimmer’s team, who led the research. “In addition, they showed a clear loss of nerve cells in the hippocampus.”

Inflammation processes were additionally found in the brain as also mice advancing in age reflected a more noticeable degenerative process. The scientists found that mice having an intact CB1 receptor seemed to perform better as far as memory and learning were concerned. The health of their nerve cells was good too. With the mouse brains’ processes having a host of striking parallels with alterations in human brains linked to aging, these findings seem important.

The endocannabinoid system it appears may offer a protective mechanism in the aging of the human brain. The authors however caution that adequate research is needed to gain a more appropriate understanding of the mechanism underlying the function of CB1 receptors. On the basis of these signal chains, a likelihood of the development of substances for new therapies may be possible.

The results have been presented in current issue of the Proceedings of the National Academy of Sciences (PNAS).