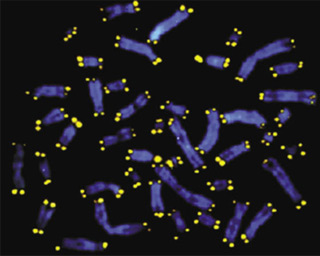 Apart from the psychological damage, intimate partner violence (IPV) is touted to have certain long term effects too. A study conducted by Department of Family Health Care Nursing in the UCSF School of Nursing scientists has disclosed that persistent exposure to IPV accelerates biological mechanisms that lead to illness and premature aging.

112 women aged 18 and older participated in the study out of which 66 faced IPV while 46 did not. They were asked to fill in questionnaires and interviews were conducted to classify women based on their experiences. The scientists also noted the women’s height and weight as well as collected their blood samples. All these measures would aid in calculating the telomere length.

Janice Humphreys, associate professor in the Department of Family Health Care Nursing in the UCSF School of Nursing remarked, “For the first time, we showed that there is lasting damage not just to these women’s minds and bodies, but to their cells.”

Reportedly, women who were formerly abused were in the relationship for about 4.8 years, with the median time of almost 5 years since the last IPV incident. All these women reported feeling psychologically aggressive, and around 80% of them even faced physical assaults. About 58% of them seemingly survived severe physical injuries while 58% of them apparently encountered severe sexual coercion by the perpetrators.

The findings showed that the abused women supposedly had shortened telomeres when compared to women who had not been subjected to violence. The duration of the abusive relationship and the presence of children seemed to be indicators of telomere shortening. Length of time was seemingly linked to 5 to 10 year shortening of telomere’s chronologically. One more revelation that came ahead was that women with past abuse apparently had higher BMI and shorter telomeres.

It has been known by many that those affected by IPV tend to suffer from severe psychological and physical illness. Also pregnant women and the children they carry appear to be specifically gullible to the physical effects. The study suggests that exposure to these stresses appears to harm not just the mind but also the body. The damage takes place at molecular levels according to the scientists. The investigators are now working on ways to arrest the damage, stress has inflicted on these women’s bodies.

These results were initially reported in the UCSF School of Nursing’s Science of Caring magazine, in spring 2011.