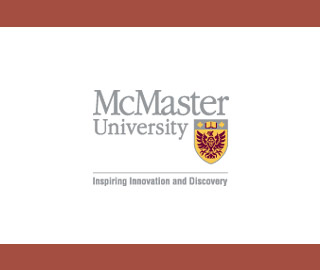 The scientists conducted a meta-analysis which put forth that individuals who haven’t been exposed to any sort of anti-depressants faced a 25 percent chance of relapse. On the other hand those who have consumed such medications face a 42 percent or higher risk of coming across another episode of major depression.

The study comprised a group consuming anti-depressants pitted against another controlled set who were administered placebo. The team examined subjects who started off with such therapies and then moved on to placebo, while others who received only placebos and persons who took medications all along.

According to Andrews, an assistant professor in the Department of Psychology, Neuroscience & Behaviour, and the lead author, anti-depressants disturb the brain’s normal self-adjustment of serotonin and other neurotransmitters. The brain therefore tends to react with even more correctness after the drug has been suspended once. This process triggers the onset of new depression.

The scientists explain this procedure by comparing it to putting a weight on a spring. The brain tends to push back against the spring. When medicines are no longer consumed, the weight goes off the spring. This exposes the person to a growing risk of depression. The brain similar to the compressed spring, strikes before withdrawing its resting stage.

“We found that the more these drugs affect serotonin and other neurotransmitters in your brain — and that’s what they’re supposed to do — the greater your risk of relapse once you stop taking them. All these drugs do reduce symptoms, probably to some degree, in the short-term. The trick is what happens in the long term. Our results suggest that when you try to go off the drugs, depression will bounce back. This can leave people stuck in a cycle where they need to keep taking anti-depressants to prevent a return of symptoms,” cited Andrews.

He further added that depression seems to be a natural process that gives pain but is advantageous too. The brain learns to survive stress in the period. There are debates going on in the professional front to decide whether depression is a disorder. Many psychologists believe that it is a kind of evolved adaptation that proves to be beneficial for individuals.

The study unfolds that more than nearly 40 percent of the population may encounter major depression at a specific period of life. Episodes of depression are accelerated by hurtful events such as death of a family member, relationship issues and job loss. According to analysts, the brain turns its focus on coping with the traumatic effect instead of targeting appetite, sex drive, sleep and social interaction.

The brain may be using depression as a means to combat untoward stress just like the body uses fever to overcome infection. Andrews concludes that all instances are not the same. Serious cases may turn out to be disadvantageous at a certain point of time.

The findings are published in the journal Frontiers of Psychology.