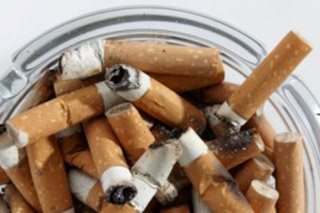 Bronchiolitis is a massive infection of the chest that appears to be the cause of most infants being admitted to hospitals in the first year of their life. A study by Liverpool scientists has disclosed that babies hospitalized for bronchiolitis and who come from a smoking family background are likely to face a doubled chance of using oxygen therapy. They are also five times likelier to need mechanical ventilation when compared to babies whose parents do not smoke.

The study consisted of a set of infants from Liverpool who were tested positive for bronchiolitis and who were admitted to Alder Hey Children’s hospital for treatment of the same. The city is known for its high deprivation and high rates of smoking. The findings suggest that babies from non-smoking households did not seem to face severe form of bronchiolitis, irrespective of their socio-economic lifestyle.

“Tobacco smoke exposure is a preventable factor that both causes and increases the severity of disease in infants and their consequent use of health resources. This study provides the first robust evidence that the adverse health effects of smoking can be distinguished from the health effects of social deprivation,” shared Dr Calum Semple from the Institute of Child Health.

In the course of winter, around 25 in every 1000 babies are admitted to hospitals diagnosed with bronchiolitis. These infants supposedly require oxygen and feeding assistance. Around 10% of them need ventilator support too.

Tobacco smoking is considered to be a common form of indoor surrounding pollutant to which kids are exposed. The link between tobacco smoke and risk of developing bronchiolitis is well-known. It is similar to the association between deprivation and smoking. However, scientists are yet to determine the individual role played by tobacco smoke exposure and socio-economic status in severe bronchiolitis.

The study is published in PLoS ONE.