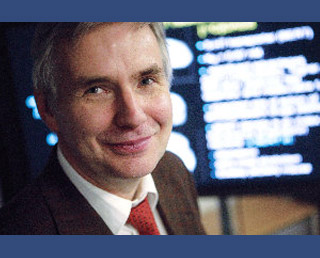 Alzheimer’s appears to be a disease with challenging diagnosis. Along same lines, a study conducted by University of Manchester scientists has put forward that people with minor memory problems can seemingly be diagnosed for Alzheimer’s by gauging their brain activities.

As a part of the study, 44 healthy individuals, 40 suffering from Alzheimer’s and 94 having mild cognitive impairment (MCI) were examined. People with MCI face certain issues related to their thinking and memory but it supposedly does not disturb their routine life. A cluster of these people tend to develop Alzheimer’s, though not all. The main objective of the scientists in the study has been to predict who will get Alzheimer’s amongst these subjects.

Karl Herholz, Professor of Clinical Neuroscience at the Wolfson Molecular Imaging Centre cited, “Our findings show measuring brain activity could be a better way of detecting Alzheimer’s in its earliest stages, and we hope this method could boost the search for new treatments to delay or prevent the disease. PET scans are increasingly being used in clinical trials of new drugs, and we expect this will eventually lead to shorter trials and faster progress. Dementia can only be defeated through research, and I hope our study will bring us closer to reaching that goal.”

Analysts observed PET scans and cognitive tests that used cutting edge technology to calculate glucose metabolism, which seems to be a prominent indicator of brain activity. It came to light that the scans seemed to show greater damage in MCI subjects who developed Alzheimer’s later. This was not the case with those who didn’t get the disease. Moreover, the scans looked like a good option to identify who is likely to develop the disease as compared to cognitive tests. They could also be used to recognize alterations in brain function over a short span of time.

The study will enable physicians to test therapies at an initial stage itself. It is published in the Journal of Nuclear Medicine.