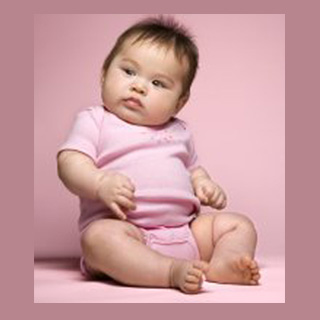 After a study conducted in 2010 alleged that maternal smoking gives rise to newborns with unnatural blood pressure control, this one seems to follow a similar route. As per a study conducted by Imperial College London scientists, infants of mothers who have greater pre-pregnancy BMI are apparently fatter and also have fat stored in their liver.

The investigators say that the influence of a mother’s BMI on her child’s growth tends to put them on a course of metabolic conditions for life. The team utilized magnetic resonance scanning to evaluate 105 babies born at Chelsea and Westminster Hospital. The scanning procedure was conducted while they were asleep to gauge how much of fat was there in the liver and throughout their body. The study disclosed that liver fat and that near the abdomen seemingly increased with the complete range of BMI of their mothers.

Initial studies have already shown that babies of overweight mothers have high chances of being obese themselves and of facing metabolic issues. This study reveals that these alterations found in the bodies of infants seems to be the first biological change which if coupled with unhealthy habits may put such babies at high risk of bad health at other stages of life.

Professor Neena Modi, from the Department of Medicine at Imperial College London and a Consultant Neonatologist at Chelsea and Westminster Hospital, who led the study, expressed, “This study demonstrates that a woman’s BMI, even in the normal range, affects the amount of fat in her baby at birth. Fatter women have fatter babies and there is more fat in the babies livers. If these effects persist through childhood and beyond, they could put the child at risk of lifelong metabolic health problems.”

She adds that a baby’s growth before birth affects their health at subsequent stages of life too. This shows that the obesity needs to be prevented in the womb itself. Notably, this link is not applicable to just obese mothers. It is eligible for a wide range of BMI. The optimum range of BMI is supposed to be known so that women who are in the course of getting pregnant assure that their bodies are in right condition. As per The World Health Organization, a BMI between 18.5 and 25 is regarded as normal weight, while the range between 25 and 30 is considered overweight and above 30 is classified as obese.

Out of the 105 mothers in the trial, 5 were underweight and 69 were normal weight. 23 of them were overweight while 8 of them fell into the category of obese. The investigators used proton magnetic resonance imaging and spectroscopy to gauge the entire adipose tissue and its distribution. They also measured the intrahepatocellular lipid which is the amount of fat stored in the liver cells. High proportions of these in adults could indicate abnormal control of blood sugar.

The study is published in the September’s issue of the journal Pediatric Research.