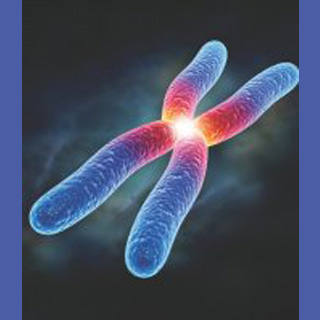 Being too skinny is usually linked to many ambient factors but could there be a genetic link too? Scientists from Imperial College London have uncovered a genetic cause for drastic thinness.

The research unfolded that persons with extra copies of specific genes may have more chances of being thin. Occurring in about 1 in 2000 individuals, a part of chromosome 16 is replicated, which apparently makes men 23 folds and women 5 folds likelier to be underweight. Normally, every person has a copy of 1 chromosome from one parent that results in 2 copies of an individual gene. Rarely, sections of a chromosome seem to be duplicated or even discarded causing unnatural dosage of genes.

As part of the research, the DNA of over 95,000 people, were being examined. What the scientists found was that duplicate copies of the chromosome 16 are seemingly related to being underweight which constitutes a BMI below 18.5. Around half of the children with duplication were also apparently diagnosed for ‘failure to thrive’ that implied that their rate of weight gain was substantially below the normal range. About a quarter of persons with duplication supposedly had a condition called microcephaly, which is characterized by a very small head and brain. It is also presumably linked to neurological issues and shorter life span. A year back, these researchers found that those with a missing copy of these genes may have 43 folds higher chances of being malignantly obese.

Professor Philippe Froguel, from the School of Public Health at Imperial College London, who led the study, cited, “The dogma is that we have two copies of each gene, but this isn’t really true. The genome is full of holes where genes are lost, and in other places we have extra copies of genes. In many cases, duplications and deletions have no effect, but occasionally they can lead to disease. So far, we have discovered a large number of genetic changes that lead to obesity. It seems that we have plenty of systems that increase appetite since eating is so important – you can suppress one and nothing happens. This is the first genetic cause of extreme thinness that has been identified.”

He added that when a child does not eat, usually parents are blamed, but such a failure to thrive in childhood could be a genetic issue. Also this research is touted to be the first example of deletion and duplication of a genome with apparent paradoxical results. If these findings are suitably validated, then it would help in formulating therapies for obesity and appetite problems. Sequencing of genes is underway which will give the scientists an idea about which among those are involved in controlling appetite. The part of chromosome 16 recognized in the analysis comprises 28 genes. Replications may be linked to schizophrenia and eliminations may indicate autism.