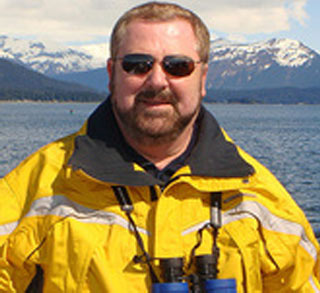 Whenever the body encounters oxidative damage, a preserved enzyme comes to the rescue of cells. However, are they favorable only for young cells? A new research conducted by biologists at USC reveals that the presence of an enzyme known as Lon protease apparently reduces as cells age.

This revelation may validate as to why humans experience decreased energy with growing age. It will also pave the path for new diets or pharmaceuticals to delay the aging process. The scientists found that when oxidative agents harm the powerhouses of young cells, they seemingly call for support from this enzyme that appears to disintegrate and eliminate impaired proteins. As the cells become old, their ability to activate large amounts of Lon supposedly disappears. It’s like a standing battlefield of Lon protease that is deemed to oppose the attack of intruding oxidants without the need for reserves.

“Once the war has started, what’s your capacity to keep producing to protect your vital resources and keep the fight going?” commented senior author Kelvin J. A. Davies, a professor at the USC Leonard Davis School of Gerontology.

Considering that aging is a persistent activity, the researchers put forth an essential role of the enzyme not known before. Lon presumably shields the mitochondria which transform oxygen into energy. However, this conversion seems to never happen perfectly. Some oxygen escapes out and unites with other substances to form harmful oxidants. Oxidation is a common process taking place when utensils become rusty or food becomes spoilt. As far as body is concerned, oxidation may deteriorate nearly any tissue. Lon seems to discard the oxidized proteins and also strives to create new mitochondria. As per Davies, as a person ages, the mitochondrial functionality tends to fade with the loss of Lon. Overall stress resistance is built possibly by the capacity of Lon to be stimulated by oxidative stress.

The team experimented with a series of human lung cells. The cells were then exposed to a strong oxidant hydrogen peroxide. To counter the latter, these young cells apparently increased the size of the Lon army by 2 folds in a span of 5 hours and sustained it for a day. In some trials, the Lon army seemingly rose by 7 folds. Cells that were middle-aged appeared to take one entire day to expand their Lon army and this brought the cells in contact with hazardous levels of oxidants. Old cells seemed to have an army half in size and also did not show any substantial upping of Lon levels in one complete day. Davies concludes that a person’s ability to produce Lon and regulation of stress could be a crucial factor in the aging phase. The analysts are now finding ways to accelerate the working of Lon.

The research is published in The Journals of Gerontology.