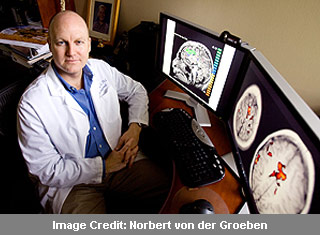 By far, studies in pain medicine do not seem to have developed a suitable pain detector. In this view, professionals from the Stanford University School of Medicine have apparently inched closer to the creation of a tool for diagnosis of pain.

This new device is touted to use series of brain activities that may help detect if someone is experiencing pain. By using fMRI scans and state-of-the-art computer algorithms, the team appeared to correctly indicate thermal pain almost 81% of the time in healthy participants.

“People have been looking for a pain detector for a very long time. We’re hopeful we can eventually use this technology for better detection and better treatment of chronic pain,” remarked Sean Mackey, MD, PhD, chief of the Division of Pain Management and associate professor of anesthesia.

The study constituted 8 individuals who were exposed to a brain scanning machine. A heat probe was then administered on their forearms that possibly caused mild pain. The brain sequences with and devoid of pain were noted to graphically represent how pain looks like. The procedure was undertaken once more in another set of 8 persons.

The approach was to use a linear support vector machine which is a computer algorithm discovered in 1995, on one group of people and then make use of that computer model to rightly categorize pain in an entirely new set of individuals. The computer was then supposedly trained to inspect the brain scans of 8 new participants and gauge if they showed signs of thermal pain.

Strikingly, the computer appeared to be beneficial 81 percent of the time. However, scientists are further testing to see if this technique could differentiate between varied forms of pain such as anxiety and depression. This method essentially calculated thermal pain in a well adjusted lab setting. It cannot be inferred that pain could be measured in all instances, says Mackey.

The study is published in the online journal PLoS ONE.