How often have we heard some or the other relative in our family having shown some symptoms of high BP and rushed to the hospital? Only too often to make us worry about developing it ourselves in the later years of our life. Of the gamut of diseases that plague mankind, the symptoms of hypertension are probably one of the easiest to recognize. High blood pressure or Hypertension implies a raised level of force exerted by the blood on the walls of the arteries in which it is flowing. As many of the changes that occur in the arteries as we age lead to hypertension, hypertension itself has come to be thought of as part of the ageing process. 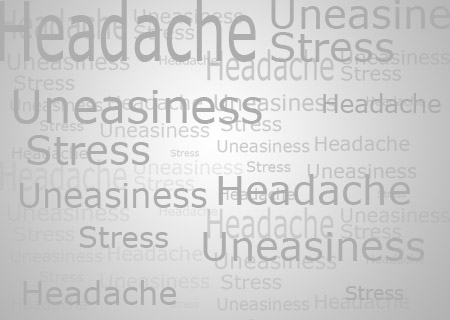 Hypertension is classified as primary i.e. e. having no detectable cause or secondary i.e. as a result of some underlying pathology. Under secondary causes there are diseases such as renal artery stenosis, phaeochromocytoma, arteriosclerosis, thyrotoxicosis, coarctation of aorta, medications like steroids, oral contraceptive pills, Cushing’s disease, acromegaly, hypercalcemia, myxedema, etc. Over 90% hypertension is primary. Along with the symptoms of the underlying pathology in secondary hypertension, symptoms of hypertension itself are seen which generally direct attention to the main pathology.

Headache generally of the posterior half of the head (occipital headache) especially in the morning, dizziness, light headedness, vertigo, tinnitus (hearing imaginary ringing sound), dimmed or blurred vision and fainting are all symptoms resulting from raised BP. Typically, a throbbing headache is described. Since a headache is something that is more commonly the result of just some mental stress, a skipped meal, etc. it tends to be ignored for too long allowing the blood pressure to continue rising. It is a good idea to rush to the local physician and get your blood pressure measured when you have a severe headache or one that does not subside by itself even after 1-2 hours with or without pain-killers. All symptoms need prompt medical attention.

Seemingly innocent symptoms of high BP must not be ignored and should be given fastest medical attention as they can have grave and often irreversible consequences. Heart attack (Myocardial infarction), stroke (cerebral infarction), renal infarction are all very possible outcomes of spiked blood pressure and cause a portion of the tissue of that organ to die permanently. Cerebral hemorrhage, hypertensive encephalopathy are neurological emergencies of persistently elevated blood pressure. Over time, the heart enlarges due to pumping against a persistently elevated pressure.

Similarly, changes are seen in the kidneys called hypertensive nephropathy. Microscopic blood loss and protein loss in the urine is noted. There is also proliferation of the blood vessels in the retina leading to a clinical entity called hypertensive retinopathy which causes appearance of tiny cotton-wool exudates and silver wiring like appearance of the engorged arterioles in the retina. All these need to be medically controlled lest they lead to renal failure or blindness eventually. Sometimes, the blood pressure rises due to mere stress and strong emotions and relaxation and breathing techniques are more than sufficient to bring it under control. But this does not always work especially when the cause of the hypertension is pathological. After the age of 40, the arteries start undergoing a process called arteriosclerosis which is basically progressive hardening of the walls and a loss of the elasticity. This leads to hypertension.

This can be reduced and slowed down by daily regular exercise or brisk walks for about 20 minutes. Salt is known to raise blood pressure. Thus salt restriction to 5 grams per day must be followed beyond the age of 40. Reduced fried and processed foodstuffs should be consumed. Yoga, meditation and breathing techniques done regularly are also known to bring high blood pressure under control. Alternative medicine like homeopathy is known to work wonders in long term management of hypertension.

Conventional treatments have a host of medication to keep the symptoms under check as over 90% hypertension has no correctable cause. Thus, the medication needs regular follow ups, eye-check ups, kidneys and heart investigations to prevent grave consequences. To sum it up, symptoms of high BP must not be ignored at any cost.