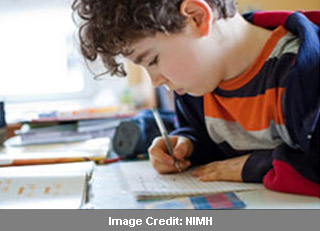 We just heard that spending more time in greenery tends to reduce ADHD symptoms in children. Now, as per a study by the National Institutes of Health and the Agency for Healthcare Research and Quality (AHRQ), usage of stimulant medications through prescriptions for the treatment of attention deficit hyperactivity disorder (ADHD) seems to have risen consistently since 1996 up to 2008.

The aforesaid condition is usually treated by stimulants like methylphenidate, amphetamines or other kinds of drugs. Behavioral therapies also look promising. Reportedly, in 1987, 0.6% of youth were prescribed stimulants, 2.7% in 1997 and finally 2.9% in 2002. However, both usage of stimulants and cases of ADHD seem to be showing a progressing trend. The Health Resources and Services Adminstration’s national survey of children’s health reports that the proportion of children suffering from ADHD in the age-group 4 to 17 years apparently rose from 7.8% in 2003 to 9.5% in 2007.

“Stimulant medications work well to control ADHD symptoms, but they are only one method of treatment for the condition. Experts estimate that about 60 percent of children with ADHD are treated with medication,” remarked co-author Benedetto Vitiello, M.D., of NIH’s National Institute of Mental Health (NIMH).

For this study, the investigators analyzed information from the AHRQ-sponsored Medical Expenditure Panel Survey to gauge the utility of prescribed stimulants among children less than 19 years of age from 1996 to 2008. The outcomes show that the rate reportedly elevated by 3.4% each fall that is considerably less than the growth rate seen from 1987 to 1996 that accounts for 17% every year.

The findings imply that as children age, the ADHD symptoms appear to prolong. The condition may not necessarily develop from their symptoms. The results also show that stimulant prescription among very young children may not be considered favorable. Boys seemed to be likelier to receive a prescription than girls and white children supposedly used more prescribed stimulants than black or Hispanic kids.

However the use of such medications is touted to be increasing in minorities too suggesting the availability of such treatments in these regions. The findings also seemed to vary with states.

The scientists conclude that many children are apparently not treated with stimulants. Those having severe symptoms are treated using such drugs but others with milder forms of the disorder are likely to be treated in many psychosocial ways or other non-stimulant therapies.

The study is published in the American Journal of Psychiatry.