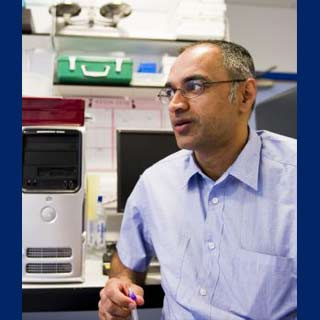 More recently, type 2 diabetes has become a worldwide phenomenon with scientists even trying to locate the genetics of the condition. In this view, the University of Glasgow scientists have shown that men apparently develop type 2 diabetes at lower BMI as compared to women.

The study used information obtained from almost 51,920 men and 43,137 women in Scotland with diabetes and analyzed their BMI values that had been noted within a year of detection along with the age of the participants. Other variables such as smoking incidences were also observed.

Professor Naveed Sattar, of the Institute of Cardiovascular & Medical Sciences, who led the research, remarked, “Being overweight is a major risk factor for developing type 2 diabetes although there are many other factors involved too, such as age, ethnicity and genetics. Previous research has indicated that middle-aged men are at a higher risk of developing diabetes than women and one possible explanation is that men have to gain less weight than women to develop the condition. In other words, men appear to be at higher risk for diabetes.”

As per the outcomes, the mean BMI during diagnosis of diabetes was 31.83 in men and 33.69 for women. This difference was presumably seen at younger ages. Sattar explained that the analysis affirms an inverse correlation between BMI and the age when type 2 diabetes is identified.

Also, the reasons why women tend to develop type 2 diabetes later than men could be related to fat distribution. Normally, men with diabetes seem to have more fat in their abdomen and liver than women. The latter also appear to have safe subcutaneous fat unlike men which explains why women may have to gather more fat than men to develop harmful adipose concentrations in their body required for developing diabetes.

The investigators urge both men and women to cut their risks for developing type 2 diabetes by maintaining optimum weight and losing excess fat. This could be achieved by adopting a proper diet and lifestyle, they conclude.

The study namely, ‘Do men develop type 2 diabetes at lower body mass indices than women?’ is published in the journal Diabetologia.

Ultrasound imaging may be done through smartphone