Womanhood comes with certain facets that cannot be avoided. Menopause and night sweats may not be a native term in everyday conversations but they are an indispensable phase of a woman’s life. Though we learn new therapies to heal menstrual cramps and other issues related to menstruation in early life, not much has been talked about menopause and night sweats that hit women later in life. True, elderly women are considered to tackle issues with more maturity, but this does not give us a reason to understate the difficulties they are facing. 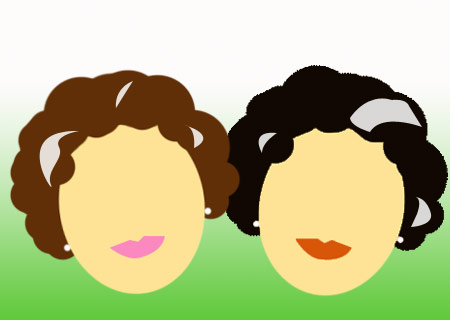 Menopause is that phase of a woman’s life cycle when her ovaries cease to synthesize eggs. It often manifests itself in menstruation becoming a rare occasion and finally never occurring again. As a woman enters 40, she begins to experience what is known as perimenopause where the estrogen levels undergo alterations. While some women are known to encounter symptoms till menopause transition, there are many who face the effects for life.

Menopause usually takes place between the ages of 42 to 58. Some variables like smoking, higher BMI, and racial origin come into play when it takes place at an earlier age. Any woman who has not got her periods for 1 full year and is not pregnant or lactating and has an intact uterus can be assumed to have attained menopause. There are many symptoms of menopause like anxiety, headaches, breast tenderness, vaginal dryness, mood swings, and forgetfulness. Certain cases may extend to osteoporosis or heart disease or even both.

Other deciding factors for early menopause are surgeries like hysterectomy with ovary conservation and reactive treatments like radiation or chemotherapy. A very small proportion of women are known to go through premature ovarian failure (POF). Though in most instances the exact cause cannot be traced, the factors listed above could make a person more vulnerable to it.

The period of menopause transition and postmenopause cannot be regarded as a disease or disorder. It is a natural phase in every woman’s life. While some of them overcome this change smoothly, others tend to encounter many difficulties. Most people connote it to the opposite of menarche, which is right in a way. But scientifically, the changes in the uterus do not hold significance; it is the effects on the ovaries that are critical.

Night sweats is one of the primary symptoms of menopause. They are the nocturnal version of hot flashes that occur when a woman’s estrogen levels drop. And it is during night that estrogen is presumably at the lowest level. One of the principal symptoms of this condition is, as the name suggests, being covered by sweat. This is sometimes accompanied by irregular heartbeat, feelings of nausea, cold chills, flushes and headaches. 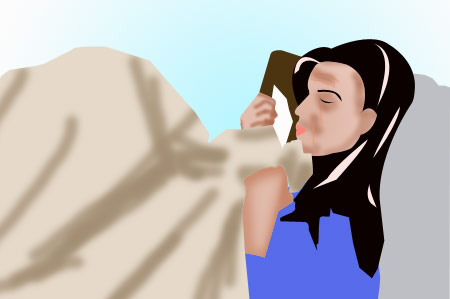 Though mild sweating does not disrupt one’s sleep, sweating profusely could disturb sleep patterns in the long run. The person has to frequently wake up because of a damp sensation in clothes or bed sheets. Studies show that the likelihood of getting night sweats vary with factors like age and race. There are researches which suggest that older women experience less night sweats than younger. Also a study revealed that women from Asia are seemingly the least likely to encounter this symptom of menopause.

There are some factors that contribute to night sweats such as being in bed most of the time, or a warm room where sweating is considered normal. Though most believe that it only when the menstrual cycles come to a stop that women encounter these symptoms, many women have reported to have experienced it even when their periods did not stop.

Some circumstances like stress and nightmares are deemed to invoke the aforesaid condition. Also, women undergoing some sort of medication, or consuming dietary pills are more susceptible to night sweats. Elderly women tend to take the situation too easily which is never that way. Some of the hidden causes of this problem if left unattended may turn fatal too. This does not give a reason to be overly conscious of it, but having the right attitude eventually helps.

The first step towards recovery is visiting a physician at the earliest. Some other relatively simpler techniques include keeping a chilled water glass ready at hand or wearing clothes that do not absorb wetness. Being healthy in every way holds the key. Elderly women are supposed to for a morning walk and relax. Being experienced individuals, they are known to be the caretakers at home that piles on the stress. Having nutritious food, allotting some time for exercise, being happy and content may be miraculously helpful.

Being aware of menopause and night sweats will brace you up for entering old age. Though most women are known to have a low libido during this phase, there are many reasons for a woman to be truly happy at this age. It is this period where women ought to receive the most care and respect. Graceful aging is a gift and each woman is entitled to it.