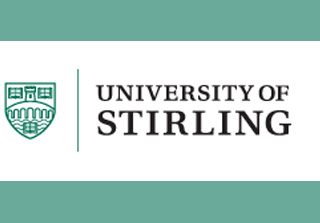 In the game of mating, there could be many reasons why we choose a specific person as life partner. Shedding light on one such factor, a doctor from the University of Sterling has shown that use of oral contraceptives may influence a woman’s partner preference.

The findings show that when women meet their partners after using the contraceptive pill, they are apparently less sexually satisfied and attracted to their mates. They are more content with other facets of their relation and so less likely to go through separation.

Dr Craig Roberts lead author remarked, “Our results show some positive and negative consequences of using the pill when a woman meets her partner. Such women may, on average, be less satisfied with the sexual aspects of their relationship, but more so with non-sexual aspects.”

Cumulatively, women who met their partner on the pill were seemingly in a prolonging relationship of almost 2 years on an average, as seen in the study. Initial trials have shown that women are likely to be influenced by body odor when they are on the pill. They, therefore choose men who are similar to themselves genetically. This shows that they may not opt for men with dissimilar genetics.

Women normally do the latter as the resulting offspring is likely to be healthy. During non-fertile days of the menstrual cycle they appear to be attracted to men who are kind and loving implying that they will be good fathers.

Therefore women who use the pills face a similar scenario. The experience is just like non-fertile days of the cycle. Hormonal levels play a major role in shaping our choices, thus women who are on pills do not encounter the alterations taking place during ovulation as seen in typical women. Those taking pills therefore select men who are more caring and gentle.

Dr. Roberts concluded that using non-hormonal contraceptive methods for some time before tying the knot may be one way to ascertain if someone is still attracted to their partner.

The study is published in the journal Proceedings of the Royal Society B.