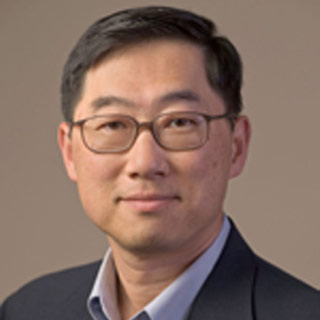 Earlier this month, the FDA approved the combo drug Juvisync for treatment of diabetes and high blood cholesterol. This research by scientists from the Stanford University School of Medicine has unfolded an essential molecular pathway that may play a role in reducing the development of insulin-producing cells which takes place as a person ages.

Experts believe that synthetically turning this pathway to activation which usually does not function in adults, could help in restraining diabetes. The team found that both in mice and humans, the pathway is controlled by a molecule namely platelet-derived growth factor receptor (PDGF).

The expression of this molecule seemingly fades with time in creatures and tends to reduce the proliferation of pancreatic beta cells which are responsible for synthesizing insulin to regulate blood sugar levels.

The outcomes showed that artificial activation of the PDGF receptor pathway boosted the number of pancreatic beta cells in the subjects. This tends to occur without any alterations in the animal’s potential to adjust blood sugar levels. This is very essential as earlier methods to spur beta cell growth have resulted in excessive insulin production and hazardous hypoglycemia.

A molecule known as Ezh2 is supposedly involved in beta cell proliferation. Since PDGF molecules control the development of many kinds of cells, and seem to influence Ezh2 responses too, the team wondered if the PDGF pathway had any contribution to alterations seen in Ezh2 expression and beta cell growth.

When the researchers impeded the generation of PDGF receptors in lab mice , they found that juvenile animals as young as 2 to 3 weeks old seemed to make less Ezh2 and had substantial lower number of beta cells than control animals. They also appeared to have mildly raised levels of blood sugar and were less successful in discarding blood sugar in the presence of high glucose. Adult animals which were devoid of this receptor apparently showed less capacity to beta cell regeneration that was artificially impaired by a chemical compound. They seemed to become acutely diabetic after such exposure.

On the other hand, when the PDGF expression was elevated in normal mice treated with the same compound, the animals appeared to supplant the harmed cells in a span of 3 to 4 weeks. Though they became a little diabetic after treatment with this compound, their ability to control blood sugar levels was restored after the cells were reproduced.

“We’re hopeful that soon we might be able to manipulate this pathway in a therapeutic way in humans perhaps by rekindling its expression and then activating it through a drug we could give in an injection or through some other route. This could be a kind of one-two punch against diabetes,” commented professor of developmental biology Seung Kim, MD, PhD.

Furthermore, a set of mice were engineered to have the PDGF receptor active in beta cells throughout. When these mice attained about 14 months of age, their beta cell proliferation rates was presumably 9 folds higher than the control counterparts. Though the rate of developing beta cells was high, the mice continued to control their blood sugar levels suitably.

The investigators believe that these effects may be replicated in humans too. The research is published in the journal, Nature.