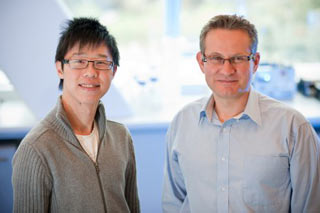 Although every waking hour brings with it a new way to tackle obesity, the gravity of the issue still remains the same. In a bid to counter this situation, scientists at Monash Univeristy have unfolded another clue to obesity by comprehending how the condition develops in the body.

The team believes that resistance to the hormone leptin is a key causal factor of obesity. With this research, they have gained an insight into how opposition to this hormone develops.

Lead author Professor Tony Tiganis, of the Monash Obesity and Diabetes Institute and Monash University’s Department of Biochemistry and Molecular Biology, explained, “Our bodies produce leptin in response to increasing fat deposits. Acting on a part of the brain called the hypothalamus, leptin instructs the body to increase energy expenditure and decrease food intake, and so helps us maintain a healthy body weight. The body’s response to leptin is diminished in overweight and obese individuals, giving rise to the concept of ‘leptin-resistance’. We’ve discovered more about how ‘leptin-resistance’ develops, providing new directions for research into possible treatments.”

Two proteins have been identified already that contribute to inhibition of Leptin in the brain. The Monash team has spotted the third culprit now. It was found that the latter is apparently present in abundance in overweight mice and aggravates leptin resistance. This tends to accelerate the process of morbid obesity.

The researchers unleashed 3 negative controllers of leptin that work at different phases in the progression of obesity. They believe that striking just one of these regulators may not work, all 3 have to be targeted. Fat diet-induced weight gain was apparently restrained when 2 of these negative regulators were discarded in the brain, as seen in the mice.

The team is now trying to find out the effects of turning all 3 negative regulators off. Could it pave the path to drugs that promote good diet and exercise preferences? The analysis is published in the journal, Cell Metabolism.