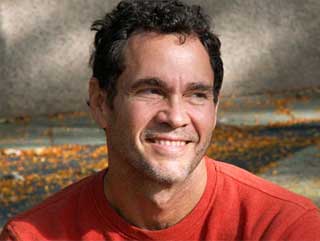 When it comes to cancer or any kind of disorder, multiplication of cells plays a major role in disease progression. In this case, scientists from the University of California, San Diego Autism Center of Excellence have disclosed that brain outgrowth usually observed in autistic boys may be due to excessive neurons present in portions of the brain primarily involved in social, communication and cognitive development.

The team stumbled upon nearly 67% excess cortical cells in kids with autism. The latter is a kind of brain cell principally made before birth. The revelations suggested that the disorder may be attributed to disorganized prenatal processes.

“Brain imaging studies of young children with autism have shown overgrowth and dysfunction in the prefrontal cortex as well as other brain regions. But the underlying cause at the level of brain cells has remained a mystery. The best guess was that overgrowth of prefrontal cortex might be due to an abnormal excess of brain cells, but this had never been tested,” quoted lead author Eric Courchesne, PhD, professor of neurosciences at the UC San Diego School of Medicine and director of the Autism Center of Excellence.

As part of the analysis, the postmortem tissue obtained from the prefrontal cortex of 7 autistic boys aged 2 to 16 were pitted against 6 normal boys. The prefrontal cortex is that region contributing to social, communication and cognitive attributes.

Exploiting state-of-the-art computerized analysis mechanisms combined with anatomical and cell count calculations, the scientists found that there were 67% additional neurons in the prefrontal cortex of autistic subjects, unlike the control persons. Moreover, brains of children suffering from autism seemed to be heavier than children growing naturally.

Notably, new cortical neurons may not created after birth, therefore it appeared to connote the involvement of prenatal processes in the condition. The experts believed that these neurons develop between 10 to 20 weeks of gestation and usually lead to excessive neurons during fetal growth.

Nevertheless, a key process called apoptosis presumably eliminates half of these neurons by pushing them to death. This process going awry is one of the primary reasons of excessive cortical neurons. Though the scientists believe that not everyone with autism will have excessive neurons, it seemed to be more pronounced in autistic kids. This finding could help in comprehending the disorder better and in developing new remedial measures.

The report is published in the Journal of the American Medical Association (JAMA).