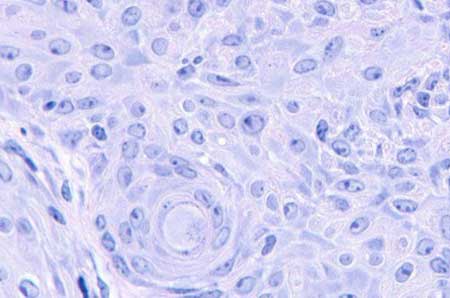 Of late, more and more researches are exploring the genesis of skin cancer. Will this lead to new avenues for treatment, is what only time can say. In what seems to be a breakthrough, scientists from the Monash University have found an important barrier which apparently impeded the development of a common form of skin cancer.

This gene seemingly safeguarded the body against squamous cell cancer (SCC) of the skin. The team found that this gene crucial for skin development in the foetus was absent in adult SCC tumor cells. This protective gene also appeared to be absent in SCC found in other tissues such as head, and neck cancers. These are usually known to have drastic effects on the patients.

“Virtually every SCC tumour we looked at had almost undetectable levels of this particular gene, so its absence is a very profound driver of these cancers,” remarked Professor Stephen Jane.

The scientists believed that this gene acted as a stopper for tumor growth. Without this stop signal, skin cells proliferate and multiply, eventually causing cancer. This research paves the path to new drugs and therapies targeting this driver of cancer.

Among the strategies seen to prevent skin cancer, one of them is applying sun-creams containing a supplement which can elevate the expression of this principal gene. Also, drugs normally used to treat other cancers may treat SCC, the only difference would be the area of application.

The research is published in the journal, Cancer Cell.