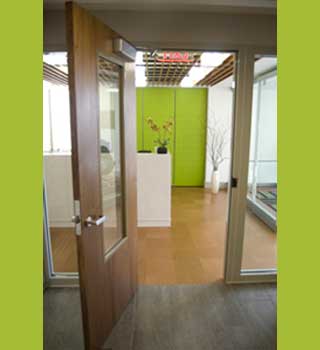 Surprisingly, we sometimes enter a room highly motivated to do something and then in a split second forget why we went there. Isn’t it truly annoying? An explanation for this occurrence has been provided by scientists at the University of Notre Dame who believe that entering or moving out of a doorway could be the reason behind forgetfulness.

The team conducted 3 trials in real and virtual surroundings where college students participated. They were instructed to perform memory tasks while moving across a room and while exiting a doorway.

In the first study, the students were exposed to a virtual environment as they transited from one room to another. They were told to exchange an object on a table with another object present on some other table. Further, the same task was performed while moving across a room but not while crossing a doorway.

The scientists found that the participants seemingly forgot things while walking through a doorway as compared to moving across a room. This implicated that the doorway or event boundary apparently disturbed a person’s potential to recall thoughts or ideas comprehended in a different room.

“Entering or exiting through a doorway serves as an ‘event boundary’ in the mind, which separates episodes of activity and files them away. Recalling the decision or activity that was made in a different room is difficult because it has been compartmentalized,” opined University of Notre Dame Psychology Professor Gabriel Radvansky.

In the second trial, the individuals were asked to hide the objects picked from the table in boxes. The results reaffirmed the initial findings that walking through a doorway supposedly affected memories.

Lastly, to find out if doorways really served as event boundaries or if memory is associated with ambience, the third experiment was undertaken. The experts told the subjects to select an object and move through many doorways and finally return to the room where the task was first created. There seemed be no improvements in memory which implied that the act of passing through doorways may actually impede one’s retrieval of thoughts.

The analysis is published in the Quarterly Journal of Experimental Psychology.