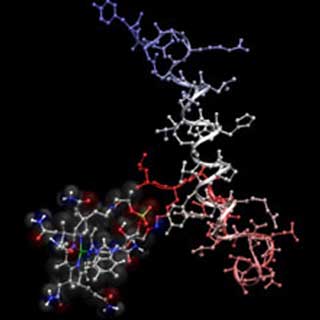 Amidst hardcore exercise regimes and diet control for shedding those stubborn pounds, can something relatively as simple as chewing gum help? Well, could be because scientists from the Syracuse University have unraveled a new link between chewing gum and weight loss.

The team opined that a specific hormone which causes people to feel full after having meals may be introduced into the blood through the mouth. This hormone namely human PYY is part of the chemical mechanisms that regulate appetite and metabolism. PYY is released into the body when people eat or exercise and the amount expelled seems to increase with rise in calories.

In the study, the team found that intravenous administration of PYY into the bodies of obese and non-obese people apparently raised the serum proportions of the hormone and thus cut the number of calories both the sets consumed.

“PYY is an appetite-suppressing hormone. But, when taken orally, the hormone is destroyed in the stomach and that which isn’t destroyed has difficulty crossing into the bloodstream through the intestines,” commented chemist Robert Doyle.

The analysts believed that if an efficient way to camouflage PYY so that it can circulate in the digestive system untouched is developed, then this finding could be used to treat obesity. Vitamin B12 has been known to act as a good drug delivery vehicle, so the scientists tested it for PYY too. They were happy to find that it appeared to work.

This B12-PYY system may have to be inserted in the body through substances such as chewing gum or tablets to help people shed kilos. Simply lacing the chewing gum with PYY could be used as an efficient way to achieve weight loss. The idea is to have a balanced meal and then chew this gum, the investigators said. This PYY supplement will reduce the person’s appetite till the onset of the next eating period.

The analysis is published in the American Chemical Society’s Journal of Medicinal Chemistry.