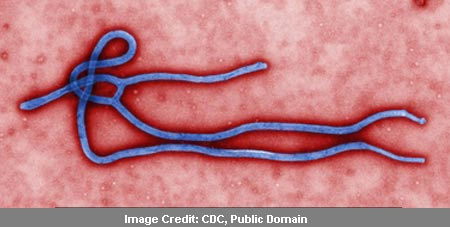 The deadly Ebola virus popped up its ugly head in 1976, after which it went on to be the cause of a fatal disease known as hemorrhagic fever. Looks like scientists from the Arizona State University have achieved a major breakthrough as they are on the path to develop a vaccine against the Ebola virus.

The scientists are of the opinion that unlike vaccines for diseases like AIDS, the Ebola vaccine could be used only during sudden outbreaks, considering that the disease is apparently unpredictable.

Charles Arntzen, a researcher at the Biodesign Institute at Arizona State University, specified, “With other lethal viruses like HIV there is a common pattern of occurrence, allowing for vaccine testing. For example, an AIDS vaccine study is now underway at two locations in Thailand, which were chosen because of a current high incidence of the disease.”

The Ebola virus is seemingly ruthless on the body, where fever is accompanied by intense bleeding from mucous membranes such as eyes, nose, intestinal tract, gingival and vagina. It is a lethal condition which came into media glare recently.

The present forms of vaccines are inclusive of altered live viruses, which supposedly lose the resistance ability over time. In this research, the team transformed tobacco plants into live pharmaceutical outlets. They developed a DNA blueprint for the Ebola injection and then accessed a unique bacterium to introduce it into tobacco leaves.

The blueprint presumably transformed every leaf cell into a minute synthesizing unit. For this analysis, the vaccine blueprint was formulated by hooking an essential surface protein called GP1 attained from Ebola virus with a monoclonal antibody conditioned to cling to GP1. As the vaccine molecules got linked to each other, a complex compound called Ebola Immune Complex (EIC) was formed.

In terms of immunology, it implied that the resulting compound is apparently something simpler for the immune mechanism to spot. After a span of 2 weeks, the vaccine blueprint was transferred to tobacco leaves, which caused formation of sufficient EIC enabling other leaf parts to be purified. When a set of mice were administered the purified specimen, they appeared to manifest improved immune responsiveness.

The final result presented that vaccinated mice may combat an Ebola virus affliction. The scientists concluded that following a success in setting up a post-exposure therapeutic to be stacked by the US military, the vaccine could be made available to the CDC for future use.