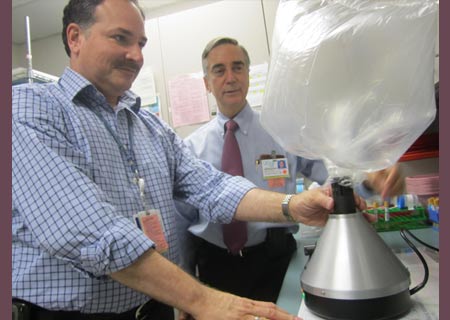 A class of drugs called Opiates has an intensifying effect on people suffering from chronic pain and may be severely addictive too. This is very dangerous as opiates may occasionally repress the respiratory mechanism. Therefore, experts from the University of California have disclosed that patients diagnosed with acute pain and being exposed to opiates alone could be given cannabinoids along with the latter for better pain control.

Cannabinoids is the principal constituent of medical marijuana, also known as cannabis. The revelations also put forth that this kind of combined medication may cut opiate dosages considerably.

The paper’s lead author, Donald Abrams, MD, professor of clinical medicine at UCSF and chief of the Hematology-Oncology Division at San Francisco General Hospital and Trauma Center (SFGH), quoted, “Pain is a big problem in America and chronic pain is a reason many people utilize the health care system. And chronic pain is, unfortunately, one of the problems we’re least capable of managing effectively.”

The team administered cannabinoids in patients suffering from chronic pain by means of inhalation via a vaporizer. Among the 21 participants, 10 were being exposed to sustained-release morphine while 11 were on oxycodone. After the required level of opiates was attained, the subjects were given cannabinoids for a span of 4 continuous days. The opiate proportions in the blood were measured the next day.

As per the outcomes, the morphine group attained a pain score of almost 35 and on the last day, it apparently stooped to 24. Those on oxycodone obtained a median score of 44 which seemed to reduce to 34 on the fifth day. Cumulatively, the patients supposedly experienced less pain.

The study essentially implied that people may encounter better pain relief due to low levels of opiates if taken in combination with cannabis. Moreover, patients on this dual therapy did not appear to face any adverse symptoms like vomiting or loss of appetite.

A larger trial to gauge the effect of different components of cannabis such as Delta 9 THC and cannabidiol (CBD) on the opiate levels in chronic pain patients, is underway. The analysis is published in the journal, Clinical Pharmacology & Therapeutics.