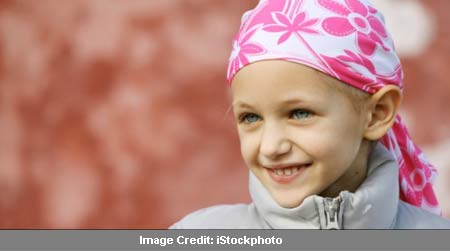 Most professionals believe that childhood cancer survivors experience genuine reproductive worries related to the health of the offspring and the hidden influences of therapies. Adding a wave of relief, scientists from the Vanderbilt University have put forth that children of childhood cancer survivors who were exposed to treatments such as chemotherapy and radiation are apparently not at an increased risk of birth defects than kids of those who did not receive such therapies.

Childhood cancer patients encounter life-saving radiation and chemotherapy, including radiation of the pelvis administered to girls. This apparently puts the child at risk of an inability to bear an offspring, miscarriage, preterm birth and harmful effects on the ovaries which could lead to infertility. This is possibly due to the damage of the uterus in the process.

“We hope this study will become part of the arsenal of information used by the physicians of childhood cancer survivors if reproductive worries arise. Childhood cancer survivors face real reproductive concerns, including unknowns related to the effects of therapy. But, hopefully this study will provide some reassurance that their children are unlikely to be at increased risk for genetic defects stemming from their earlier treatment,” commented lead author Lisa Signorello, associate professor of medicine at Vanderbilt University Medical Center and senior epidemiologist at the International Epidemiology Institute in Rockville, Md.

For this study, about 4,699 children of 1,128 men and 1,627 women who were cancer survivors as children, were inspected. The parents were questioned on the health problems of their kids by means of questionnaires and medical records. As per the results, about 2.7% children of cancer survivors treated with radiation using alkylating agents seemingly succumbed to a minimum of 1 birth defect like Down Syndrome, abnormally short cleft lip and so on.

Also, around 3% kids of mothers who encountered treatment with alkylating chemotherapy or radiation appeared to suffer from a genetic defect. This was relative to about 3.5% children of cancer survivors who did not deal with such therapeutic options.

Notably, just 1.9% children of male cancer survivors who faced DNA-impairing treatments reportedly faced genetic birth defects as compared to 1.7% kids of parents who did not experience such severe treatment procedures.

Therefore, the team concluded that children of cancer survivors supposedly did not face greater risk of birth defects owing to the parents’ exposure to chemotherapy or radiation. The findings are published in the Journal of Clinical Oncology.