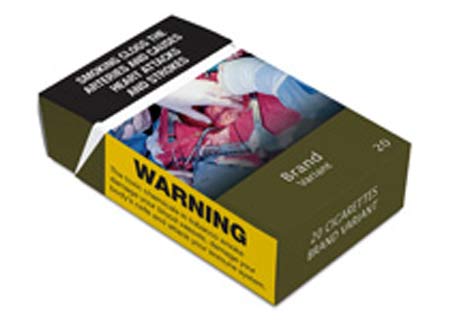 There may be many reasons to quit smoking, but what explanation can a person give to have acquired the habit in the first place? In a surprising study, experts from the British Heart Foundation (BHF) have found that kids and the youth are giving in to smoking by observing the brand and packaging of cigarettes.

A little above 25% individuals aged between 16 and 25 reportedly opined that a particular branded box was not as disadvantageous as the other based on the design and glitz of the outer packet. Almost one in 6 persons took the decision of buying a specific cigarette based on the coolness factor of the brand.

Director of Policy and Communications, Betty McBride, remarked, “As informed adults we know that smoking is a deadly addiction that kills half of all smokers. But young people are not always fully aware of the risks, and the power of branding holds more sway.”

Approximately 87% of the participants asserted that a simple pack of cigarettes is not as attractive as branded packs which implied that plain packaging could be one way of restraining kids from smoking. Professionals claimed that all cigarettes comprise hazardous toxins, carbon monoxide and tar, irrespective of the kind of packaging.

This study involving above 2,700 people aged 16 to 25 suggested that selling cigarettes in plain packs with no apparent logos and brand names and bigger health warnings may help the younger generation lessen the habit of smoking or give it up completely.

Presently, the team is urging the UK government to create a tobacco plain packaging bill as an avenue to deter everyone from smoking.