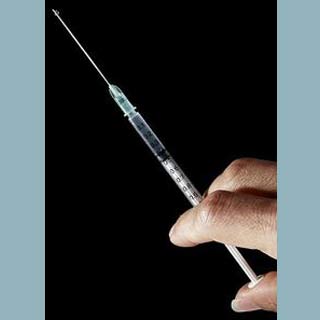 A new vaccine for hepatitis C had been developed by a team of experts recently. The first clinical trial for testing the efficacy of the vaccine has yielded positive results, as reported by Oxford University professionals.

The vaccine was developed by a collaboration of scientists from the Oxford University, the University of Birmingham and an Italian biotech company. This team aimed to use a new avenue to instigate a distinct arm of the immune mechanism than the one used in initial studies. This injection is formulated to enable T cell responsiveness to the more consistent areas of the hepatitis C virus, instead of striking the outer coat of the virus which keeps varying persistently.

“The outside shell of the hepatitis C virus is very variable but the inside of the virus is much more stable. That’s where the engine of the virus is, where we may be able to successfully target many of the crucial pieces of machinery. But we need T cells and not antibodies to be able to react to the inner components of the virus,” explained Professor Paul Klenerman of the Nuffield Department of Clinical Medicine at Oxford University.

In this preliminary trial, about 41 healthy persons were exposed to the vaccine. As per the results, the vaccine seemingly triggered a greater T cell response for combating the disease and the effects stayed for a minimum of 1 year. The response was similar to the impact seen in people when the virus is eliminated after affliction.

Further studies to gauge if the vaccine could also work for people already infected with Hepatitis C are underway. Considering that T cell responses often become weak in people suffering from chronic hepatitis C infections, this vaccine may be used to enhance T cell responses and boost the immune mechanism in the process.