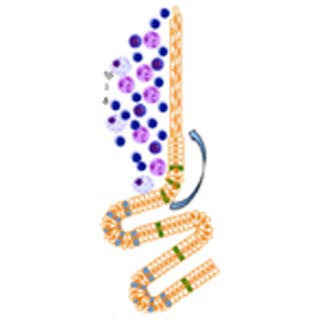 We just read a study regarding a fluorescent dye to be used for the diagnosis of esophageal cancer. Now, this report by scientists from the Columbia University has unfolded the origins of throat cancer.

The team accessed a new genetically programmed mouse prototype of chronic esophageal inflammation, also called esophagitis, in this research. They stumbled upon varied molecular changes occurring during the development of Barrett’s esophagus and esophageal adenocarcinoma (EAC) in the mouse model.

“All told, the findings present a new model for the pathogenesis of Barrett’s esophagus and esophageal adenocarcinoma,” specified research leader Timothy C. Wang.

The researchers found that higher proportions of a molecule called interleukin 1 apparently led to esophagitis and growth of progenitor cells, which were maintained by the Notch signaling pathway. So far, scientists believed that physiological alterations seen in Barrett’s esophagus begin in the lower esophagus. However, the findings showed that the aforesaid condition supposedly took place in a region called gastric cardia.

The latter is a region lying between the lower portion of the esophagus and the upper part of the stomach secreting acids. Another belief that these changes usually happen in goblet cells appeared to be untrue. These alterations occurred principally in columnar-like epithelial cells.

The scientists concluded that inhibition of the notch signaling pathway is likely to impede the survival and growth of pre-malignant cells. This could be used as a new strategy in patients suffering from Barrett’s esophagus and who are at high risk for cancer.

The article is published in the journal, Cancer Cell.