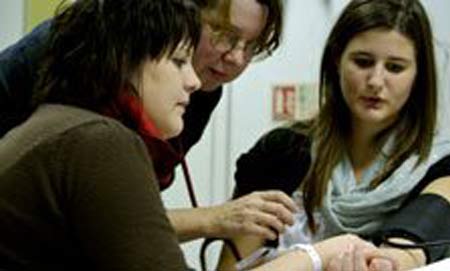 Oxidants are molecules mostly related to aging and have also been implicated in the development of cancer. However, they could have a positive side too, as scientists from King’s College London have revealed that oxidants may help in regulating blood pressure.

A set of mice was engineered to carry a mutated form of a protein called kinase G, which is responsible for controlling blood pressure. The researchers found that these mice apparently developed high blood pressure as the kinase G protein in their bodies could not recognize oxidants naturally. This mutation is presumably small but may be sufficient to impede the function of kinase G, affirmed the scientists.

Dr Philip Eaton, Professor of Cardiovascular Biochemistry at King’s cited, “Our work adds to a shift in how the scientific community views oxidants; there is a growing body of evidence they are produced in healthy cells where they play crucial regulatory functions. Now we have shown the importance of oxidants for lowering blood pressure during health, we are in an ideal position to assess the logical implication that some cases of high blood pressure occur because this pathway stops working properly.”

The research is published in the journal ‘Nature Medicine.’