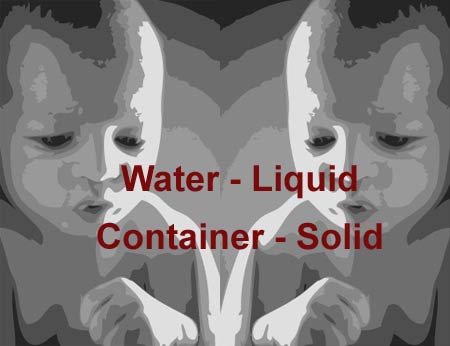 Babies indeed have an uncanny sense of communicating with human beings right from the time they breathe their first. Well, they could be called brainiac babies if we plan to believe this report by Northwestern University professionals, which says that infants as old as 2 months may have instinctive physics imbibed in them.

This kind of intuition regarding nearby objects and substances is usually present in adults. They often use this innate sense for undertaking day-to-day activities. This analysis shows that infants too have such an attribute hardwired into them.

“I think liquid is the best example of a non object that you interact with — a baby has to drink liquid every single day. It’s a universal experience with milk or water. We did studies on whether babies expected water to pour or tumble from an upended cup. By five months of age, babies expect both water and sand to pour, so we have clear evidence that this type of physical knowledge is available early in development,” commented lead author Susan J. Hespos, associate professor of psychology at Northwestern’s Weinberg College of Arts and Sciences.

As per scientific tests, infants understood that unsupported objects will fall and hidden substances exist, though they are presently not in view. By the conclusion of 5 months, infants were aware that substances like sand or water are not solid.

The scientists concluded that natural communication with a child by means of games and safe manageable objects may be the right avenue for child development. This article titled, ‘Physics for Infants: Characterizing the Origins of Knowledge About Objects, Substances, and Number’ is published in the journal, WIREs Cognitive Science.