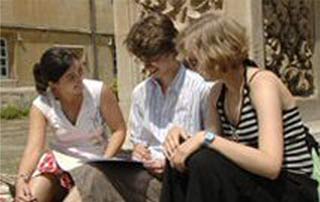 It was hard to believe that the number of friends on Facebook could be related to brain size. Another study by Oxford University professionals has revealed that brain size may indicate the popularity of a person.

For the analysis, the team observed the anatomical brain MR images of 40 individuals. They examined the size of the pre-frontal cortex, which plays a crucial role in high-level thinking. The volunteers were also asked to list the number of friends they made on social as well as professional lines during the 7 days of the study period. They were also exposed to tests for detecting their mentalising skills.

Professor Dunbar, from the Institute of Cognitive and Evolutionary Anthropology, cited, “Mentalising is where one individual is able to follow a natural hierarchy involving other individuals’ mind states. For example, in the play Othello, Shakespeare manages to keep track of five separate mental states: he intended that his audience believes that Iago wants Othello to suppose that Desdemona loves Cassio.”

As per the outcomes, persons who had a bigger friend-circle seemed to perform better in mind-reading activities and also manifested bigger neural volume in the orbital frontal cortex, which is a portion of the forebrain located above the eyes.

The team believed that comprehending the link between the brain size of people and the number of friends they had could show how humans evolved to have bigger brains than other creatures on the Earth. Essentially, the frontal lobes of the brain have grown significantly in human beings since millions of years, the scientists concluded.

The study is published in the journal, Proceedings of the Royal Society B.