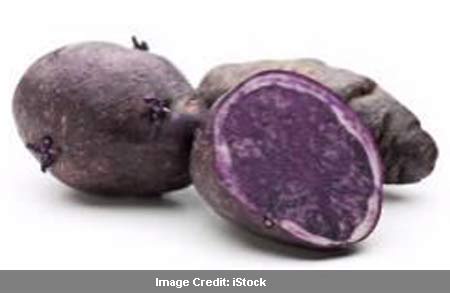 Many people tend to avoid potatoes completely in a bid to combat obesity. But, a new study by scientists from the American Chemical Society (ACS) has shown that eating about 2 small slices of purple potatoes on a daily basis could lower blood pressure without resulting in weight gain among obese individuals.

Not many of us are aware that in Korea, purple potatoes are used for weight loss. In this study, about 18 persons who were overweight and suffered from high blood pressure, participated. They were instructed to consume 6 to 8 purple potatoes cooked on a microwave twice a day. In the process, the team inspected their systolic and diastolic blood pressures along with their body masses and other health markers.

As per the results, the subjects’ median systolic and diastolic blood pressures were apparently reduced by 4.3%, while systolic pressures dropped by 3.5%. Most of the participants who were on hypertensive drugs also appeared to experience reduction in their blood pressures. Notably, none of the trial volunteers appeared to gain weight.

ACE-inhibitors are primary medications used for the treatment of high blood pressure. Professionals believed that certain ingredients of potatoes may produce the same effect as the aforesaid drug. However, there are still certain unknown nutrients of potatoes that lower blood pressure. The team is not clear if ordinary white potatoes could be related to these health benefits.

The study titled, ‘High Antioxidant Potatoes: Acute in vivo Antioxidant Source and Hypotensive Agent in Humans after Supplementation to Hypertensive Subjects’ is published in the Journal of Agricultural and Food Chemistry.