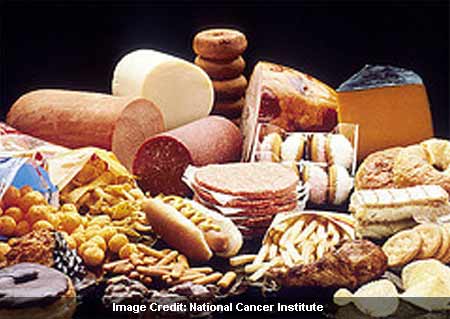 Considering the fact that fat is said to be identifiable as a taste, we may also be able to guess what factors make people like it. A recent study conducted by a team of scientists from the Columbia University, Cornell University, Penn State and Rutgers University, points out that different forms of the gene, CD36, affect human preference towards food rich in fats.

The investigation considered 317 African-American female and male subjects, as people in this ethnic group are deemed to be more prone to obesity and other such related diseases. These subjects were asked to fill out questionnaires which were aimed at deciphering their food preferences. In addition to this, they were also presented with Italian salad dressings infused with different proportions of canola oil, which is composed of long-chain fatty acids. The subjects were asked to rate the preparation in terms of creaminess, fat content and oiliness.

“Fat is universally palatable to humans,” believes Kathleen Keller, assistant professor of nutritional sciences, Penn State. “Yet we have demonstrated for the first time that people who have particular forms of the CD36 gene tend to like higher fat foods more and may be at greater risk for obesity compared to those who do not have this form of the gene. In animals, CD36 is a necessary gene for the ability to both detect and develop preferences for fat. Our study is one of the first to show this relationship in humans.”

Saliva swabs of each participant were also collected to determine which form of the gene CD36 they had. It was observed that 21 percent of the population showed the AA type of this gene. These individuals rated the aforementioned foodstuff to be creamier than other participants who showed other forms of this gene. Also, subjects with the AA type of CD36 exhibited a preference towards salad dressings, half-and-half, olive oil and other cooking oils.

The findings of this study have been published in the journal, Obesity.