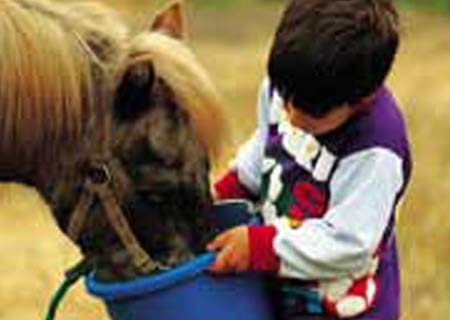 21st century medicine is still on the lookout for effective treatment strategies with respect to immunological conditions like eczema and asthma. As per a new analysis conducted by scientists at the Bristol University, residing in a farm may control the immune mechanism in a way that the immunological reactivity to food proteins is reduced.

For the research, piglets were fed by their mothers in a farm, while their siblings lived their early life in a separate unit. The latter were fed formula-milk, thereby replicating the effects of the surroundings babies live in.

The outcomes of the trial showed that piglets bred on the farm apparently manifested fewer numbers of T-lymphocytes, as compared to their siblings nurtured in the isolator. Moreover, the unhygienic piglets also seemed to possess higher numbers of a variant of these cells namely the regulatory T-lymphocytes. The latter presumably regulate immune responses and restrict inflammation.

The farm-reared piglets also appeared to show lower antibody responses to distinct food proteins that they consumed. Professionals believed that the lower number of regulatory T-cells could be contributing to the development of autoimmune and inflammatory disorders as well as allergies like asthma and skin problems.

Dr Marie Lewis, Research Associate in Infection and Immunity at the School of Veterinary Sciences, who led the research, remarked, “Many large-scale epidemiological studies have suggested that growing up on a farm is linked to a reduced likelihood of developing allergic disease. However, until now, it has not been possible to demonstrate direct cause and effect: does the farm environment actively protect against allergies, or are allergy-prone families unlikely to live on farms?”

However, the team is not clear on what were the exact factors leading to increase in the number of these protective cells in the farm-bred piglets. Other variables found in a farm setting such as aerial pathogens, maternal and social interactions along with antigens from primal nutrition are being investigated.

The findings are published in the journal, Pediatric Allergy and Immunology.