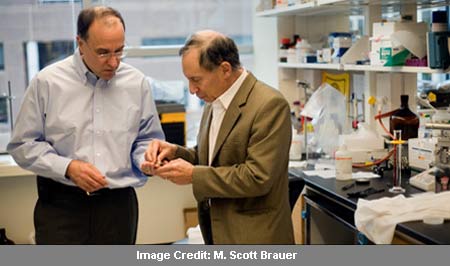 In modern day medicine, drug delivery devices could serve as vital pathways for administering medicines. Professionals at Massachusetts Institute of Technology (MIT) have developed a wireless and programmable drug delivery microchip to port doses of drugs that are generally injected into the body.

To test the efficiency of the implantable device, a set of women aged between 65 and 70 were included in a trial. A drug called teriparatide, usually administered to individuals suffering from osteoporosis was used in the analysis.

As per the results, the device appeared to successfully deliver optimum doses of the medicine into the patient’s body. The proportion of medicine delivered seemed to be similar to that provided by an injection. Importantly, there appeared be no side-effects of using this drug delivery system.

“Compliance is very important in a lot of drug regimens, and it can be very difficult to get patients to accept a drug regimen where they have to give themselves injections. This avoids the compliance issue completely, and points to a future where you have fully automated drug regimens,” explained Michael Cima, the David H. Koch Professor of Engineering at MIT.

Patients who have to be injected medicines on a frequent basis for treatment of a particular disease could take advantage of this technology. The chips accessed in the trial conserved 20 doses of teriparatide that were encapsulated in minute reservoirs almost the size of a pinprick.These reservoirs were shut with a thin layer of titanium and platinum that melted as an electric current passed through it. As the cap melted, the drug was effectively delivered into the patient’s body.

The team is now working towards creating implants that are capable of delivering nearly tons of drug doses in one chip. This report is published in the journal, Science Translational Medicine.