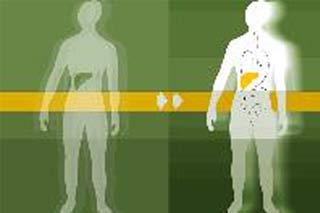 Pregnancy is that phase when many maternal effects may be passed on to the child. According to a team from the Norwegian Institute of Public Health, mothers who carried the highest levels of an environmental pollutant namely, perfluorooctanoic acid (PFOA), were more likely to have overweight daughters aged 20.

As part of the study, blood samples of nearly 1,000 women were collected for examination. About 650 children from the group of parents enrolled for the follow-up trial. The aforesaid influence did not seem to be present in mothers who did not carry high levels of PFOA during pregnancy. Many factors like lifestyle habits and maternal body mass were taken into consideration in the trial.

“It is still too early to say what this might mean for us. The study indicates that factors such as environmental pollutants, in addition to diet and physical activity, play a role in the obesity epidemic we see today. But this remains to be confirmed by similar studies,” cited Line Smastuen Haug at the Norwegian Institute of Public Health.

A link between PFOA prior to birth and high levels of leptin and insulin apparently came forward. Both these hormones are generally associated with obesity. Though the sons of mothers exposed to PFOA during conception showed a similar result, the effect did not appear to be as pronounced as in case of girls. However, further studies to validate the findings are needed, concluded the team.

The report was titled ‘Prenatal Exposure two Perfluorooctanoate and Risk of Over Weight at 20 Years of Age: A prospective cohort study’.