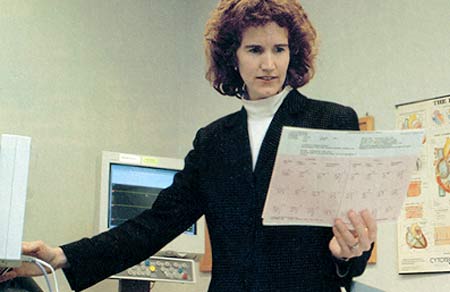 A month back, we heard that statins could help in the treatment of aneurysms. Now, scientists from the University of California (UCSF) have revealed that statins may reduce depression risk in women with heart diseases.

Nearly 965 heart disease patients were examined for signs of depression. As per the results, women who consumed statins did not seem to suffer from clinical depression, as compared to those who were not on these medications.

Further, the 776 subjects devoid of depression were followed for an additional 6 years. Among these people, 28% of them who did not consume statins experienced depressive episodes. On the other hand, nearly 18.5% of them who received statins appeared to develop depression. Nevertheless, the team inferred that patients consuming statins apparently carried 38% lower chances of encountering depression, as compared to their counterparts not on the drug.

“This would suggest that statins may have some kind of long-term protective effect against depression, perhaps by helping to prevent atherosclerosis in the brain, which can contribute to depressive symptoms,” cited Mary Whooley, MD, a physician at the San Francisco VA Medical Center (SFVAMC) and a professor of medicine at the University of California, San Francisco (UCSF).

The investigators are hopeful that if the protective attributes of statins are affirmed, it could be used to reduce depressive symptoms observed in heart disease patients. However, the findings are not clear at present, say the scientists.

The report is published in the Journal of Clinical Psychiatry.