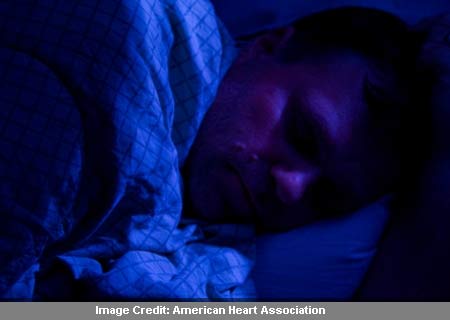 Sleep appears to have become coveted for modern day workaholics. A report from the American Heart Association (AHA) revealed that poor sleep could lead to higher calorie consumption, thereby increasing the waistlines of people.

In the investigation, 17 healthy men and women were studied. While the first group slept adequately, the others took a nap for just two-thirds of their usual sleeping duration. The outcomes showed that the sleep deprived group seemingly consumed 549 extra calories every day. Also, the physical activity levels of both the groups were almost the same. This meant that the sleep-deprived set did not necessarily burn excess calories.

Virend Somers, M.D., Ph.D., study author and professor of medicine and cardiovascular disease at the Mayo Clinic, Rochester, Minn, commented, “We tested whether lack of sleep altered the levels of the hormones leptin and ghrelin, increased the amount of food people ate, and affected energy burned through activity.”

Subsequently, persons who consumed more calories due to lack of sleep appeared to manifest higher proportions of leptin and lower levels of ghrelin. Both these hormones regulate energy metabolism and appetite in the human body. Basically, the findings suggested that sleep deprivation could lead to excessive calorie consumption and thereby add to the obesity epidemic.

A larger trial will also be conducted to affirm the findings, the scientists concluded. The study was presented at the American Heart Association’s Epidemiology and Prevention/Nutrition, Physical Activity and Metabolism 2012 Scientific Sessions.