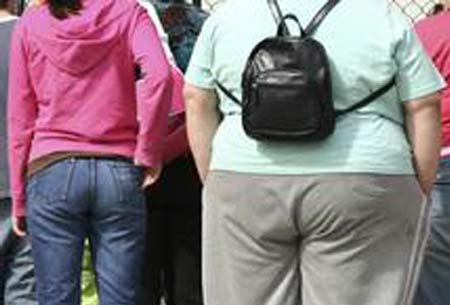 How can a towering height increase one’s susceptibility to cancer? Well, scientists from the University of Oxford have disclosed that taller women could be more vulnerable to ovarian cancer.

Also, being overweight seemed to be a risk factor for the same. However, this effect is based on whether the women in question have been exposed to hormone replacement therapy (HRT) or not.

In this extensive trial, almost 25,000 women suffering from ovarian cancer and about 80,000 controls were examined. For every 5cm increase in height, the corresponding subjects apparently faced 7% rise in ovarian cancer risk.

“This study shows that if we match the level of caloric consumption after birth to the same level that the growth-restricted baby received in the womb, it results in a lean body type. However, if there is a mismatch where the baby is growth-restricted at birth but exposed to plenty of calories after birth, then that leads to obesity,” commented the lead author, Dr. Sherin Devaskar, professor of pediatrics and executive chair of the department of pediatrics at Mattel Children’s Hospital UCLA.

The explanation for this could be that taller people carry more of the growth factors called IGF-1. The latter has been associated with cancer including that of the breast and prostate. Moreover, these individuals manifest larger number of cells in the body which may turn cancerous.

Alternately, with every 5kg/m2 increase in BMI, women who never encountered HRT appeared to carry 10% rise in risk of ovarian cancer. This link was not found in participants exposed to HRT. The effect may be because oestrogen levels are altered with HRT treatment.

The report is published in the journal, PLoS Medicine.