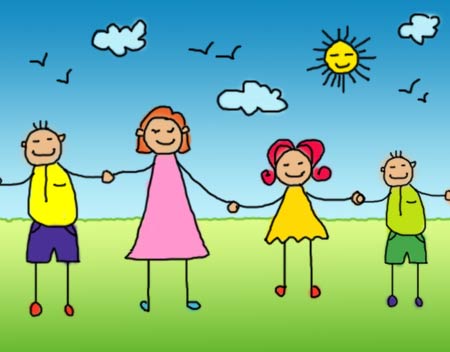 Considering its childhood obesity we’re talking about, parental role duly comes into play. According to investigators from the John Hopkins Children’s Center, there is not much of a difference between parental perceptions of obese and normal weight children.

The team surveyed nearly 150 preschool children and their parents in the study. As mentioned above, parents of both obese and non-obese kids seemed to have a clear idea of the factors contributing to obesity. However, there appeared to be no significant effect of their knowledge on them. This implied that they have a much bigger part to play than simply understanding the causes of obesity.

“Childhood obesity is a complex, multi-factorial phenomenon but our findings reveal that, for the most part, lack of parental awareness of nutritional risk factors is not one of the drivers behind it,” commented lead investigator Raquel Hernandez, M.D. M.P.H., a pediatrician at Hopkins Children’s Center.

Surprisingly, only 8% parents of overweight kids and 7% of those who weighed normally believed physical exertion to be a determinant of obesity. This is a cause for concern, as there are many studies backing up the idea that exercise and physical activity have a substantial role in the growing obesity epidemic.

Almost 40% of guardians in the 2 groups cited eating of unhealthy food to be the top causal factor for obesity. Another important indicator that they regarded to be the culprit was poor dietary control. The study essentially put forth that parental knowledge alone may not be sufficient to control childhood obesity. Pediatricians need to point out the steps that could be taken to control dietary choices and physical activity of kids.

The report is published in the journal, Clinical Pediatrics.