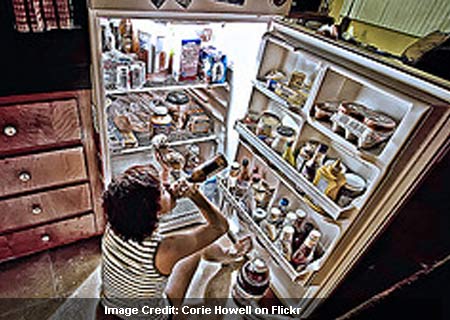 Those who thought addiction means just alcohol or smoking, think again, that is if this report is anything to go by. A team from Penn State has brought to notice that binge eating may lead to behaviors like addiction.

Scientists have primarily pointed out at substance abuse and its stages. Something disturbing is the idea that binge eating and drug dependence are driven by a common impulse, which is an uncontrollable desire to consume.

Patricia Sue Grigson, professor in Penn State’s Department of Neural and Behavioral Sciences, commented, “Given the common characteristics of these two types of disorders, it is not surprising that the co-occurrence of eating disorders and substance abuse disorders is high. It is unknown, however, whether loss of control in one disorder predisposes an individual to loss of control in another.”

A set of mice that was exposed to high fat seemed to manifest an inclination towards cocaine in an addictive manner when tested after a few days. It is important to note it is not binge eating that led to addiction-like attitudes. The irregularity and inconsistency in eating led to more desire for restrained substances. Thus, addiction-like behaviors appeared to be less likely in the rats which consumed high fat food every day than those which ate such foods on certain days only.

Though a clear explanation has not come forth, it could be that excess fat made certain physiological changes in the body that increased the desire for drugs. The basic idea is that any kind of exaggerated indulgence in one substance may lead to the same for any other thing as well.

The report is published in the recent issue of the journal, Behavioral Neuroscience.