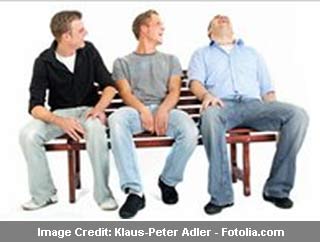 The moment some people see a person yelling, their minds go like ‘Must be stressed.’ For a change, professionals at the University of Freiburg in Germany have revealed that stress apparently makes men more social.

As part of the study, the team induced stress in individuals participating in a public speaking event. Various interactive games were arranged for experts to gauge the subjects’ social perceptions and behaviors. Positive attitudes like sharing and trust as well as negative emotions like anger or punishment were taken note of.

“From previous studies in our laboratory, we already knew that positive social contact with a trusted individual before a stressful situation reduces the stress response. Apparently, this coping strategy is anchored so strongly that people can also change their stress responses during or immediately after the stress through positive social behavior,” commented Prof. Markus Heinrichs, University of Freiburg.

According to the results, volunteers who were stressed seemed to show better social responses and mingled comfortably with others. This did not appear to be the case with the controls who were not stressed. Most of us turn to a trustworthy companion while sorting out any of our life issues. The findings reported in the journal Psychological Science are along the same lines.

The scientists believed that social interactions during stressful episodes may relieve mental distress significantly. It is just like a coping strategy adopted by humans to release their pent up aggression. This trial seemed to negate the idea that stress leads to aggressive behavior.